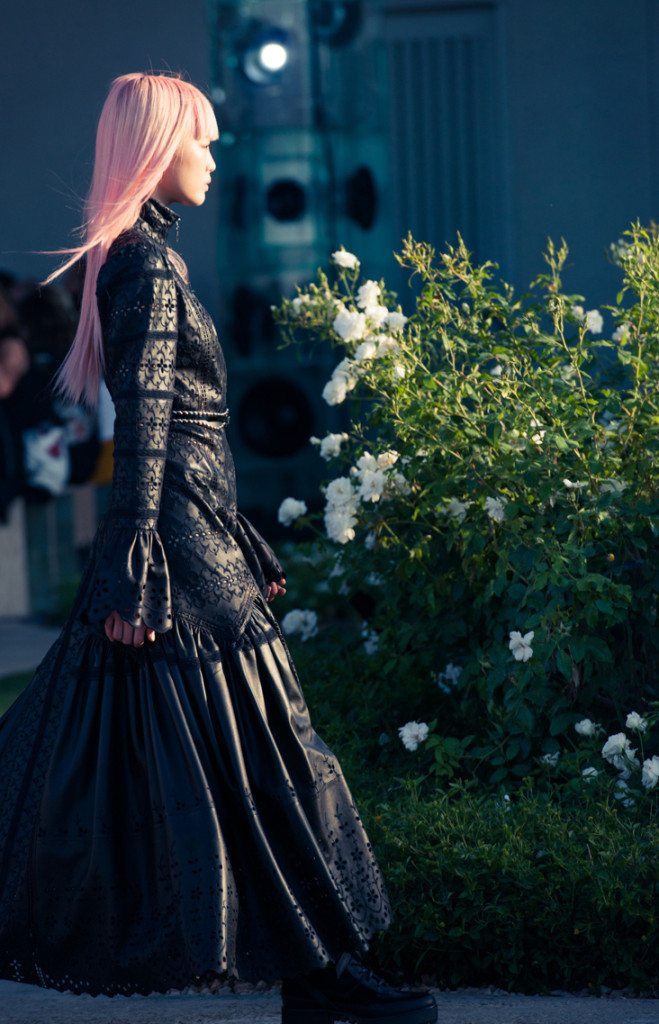 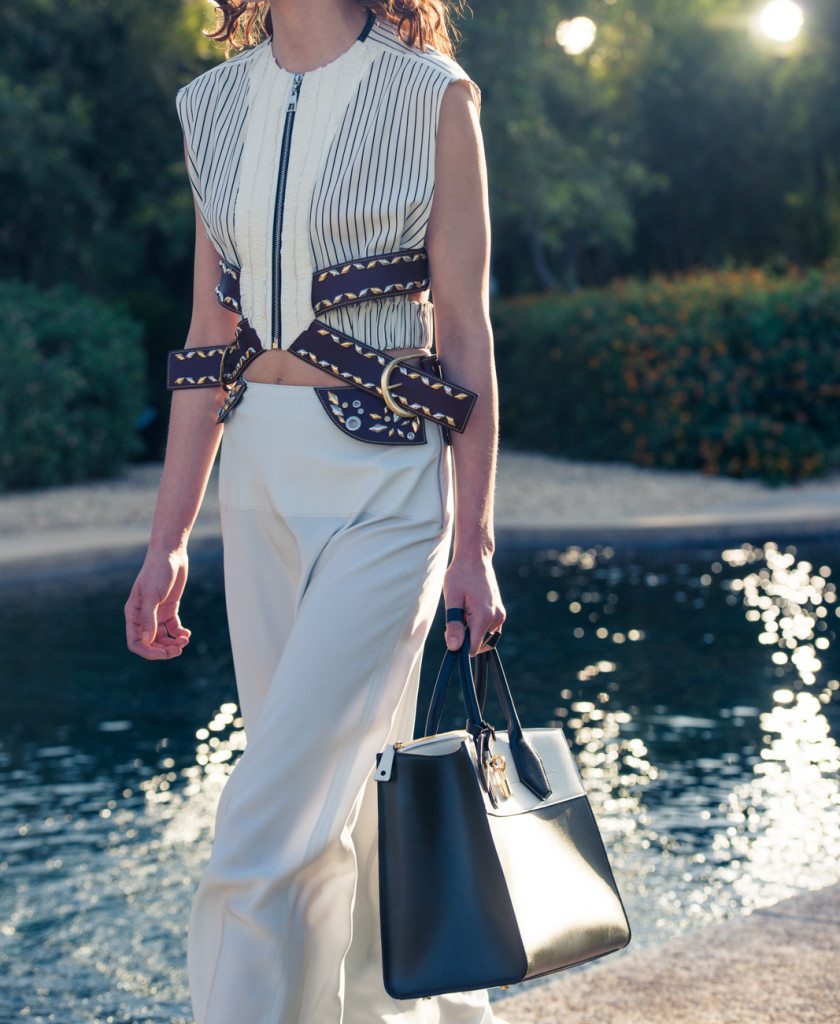 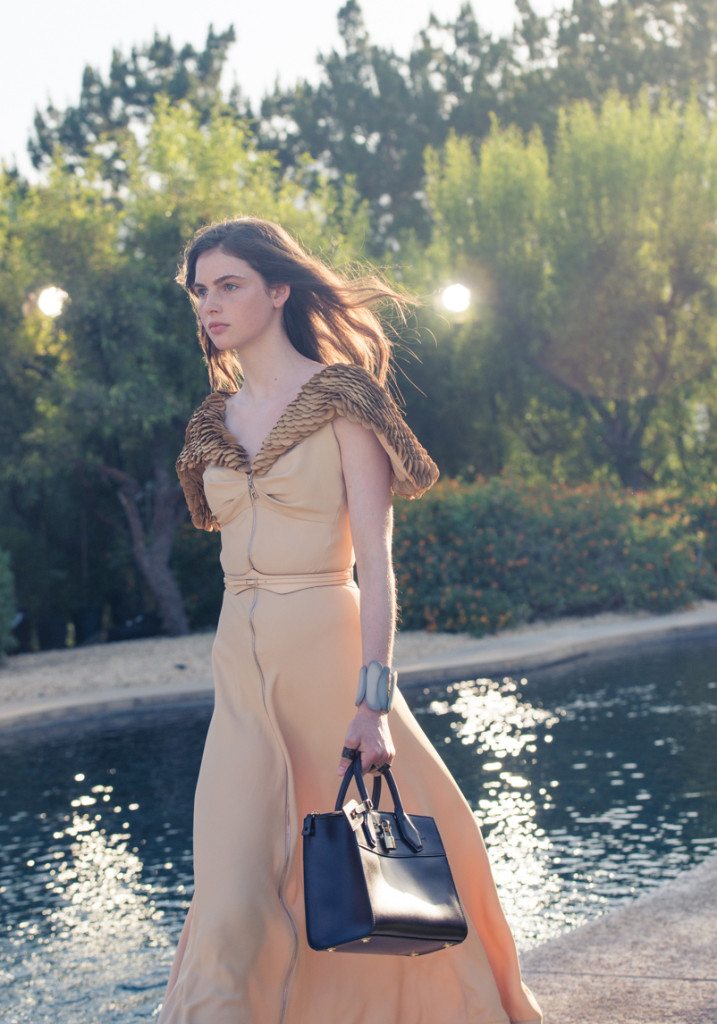 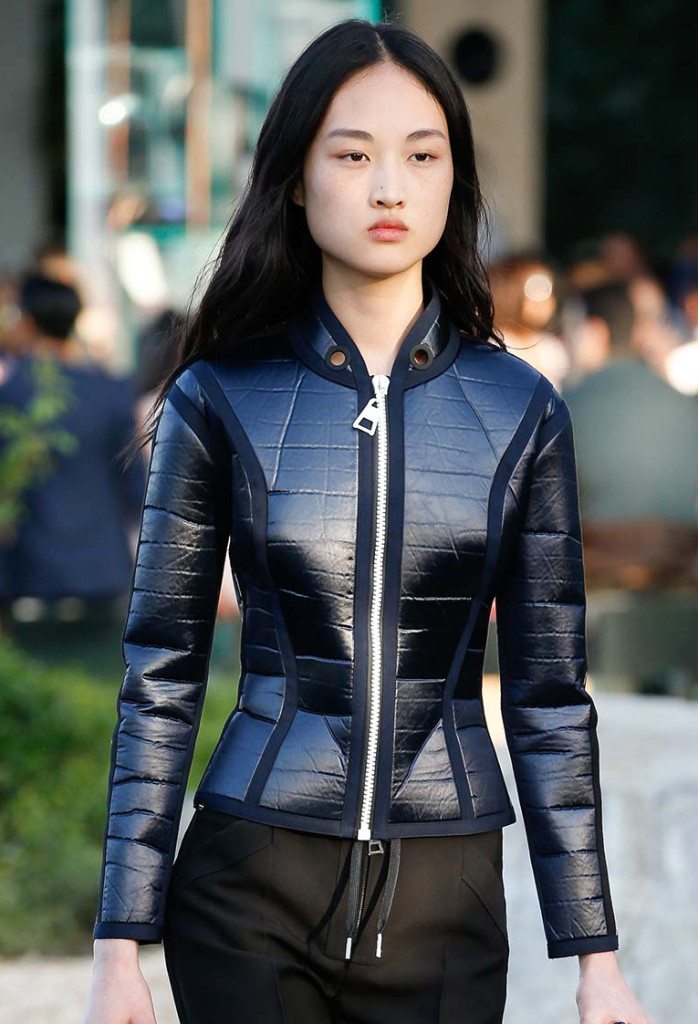 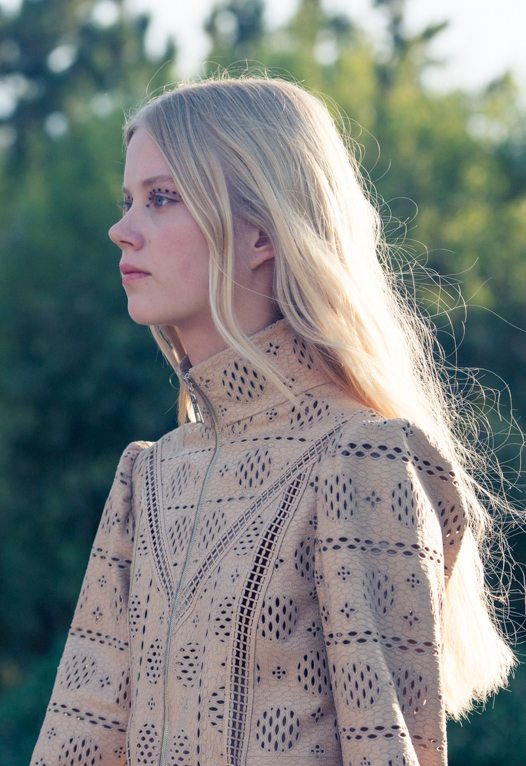 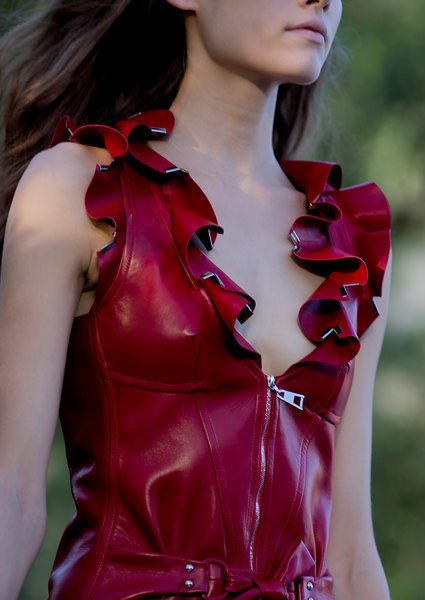 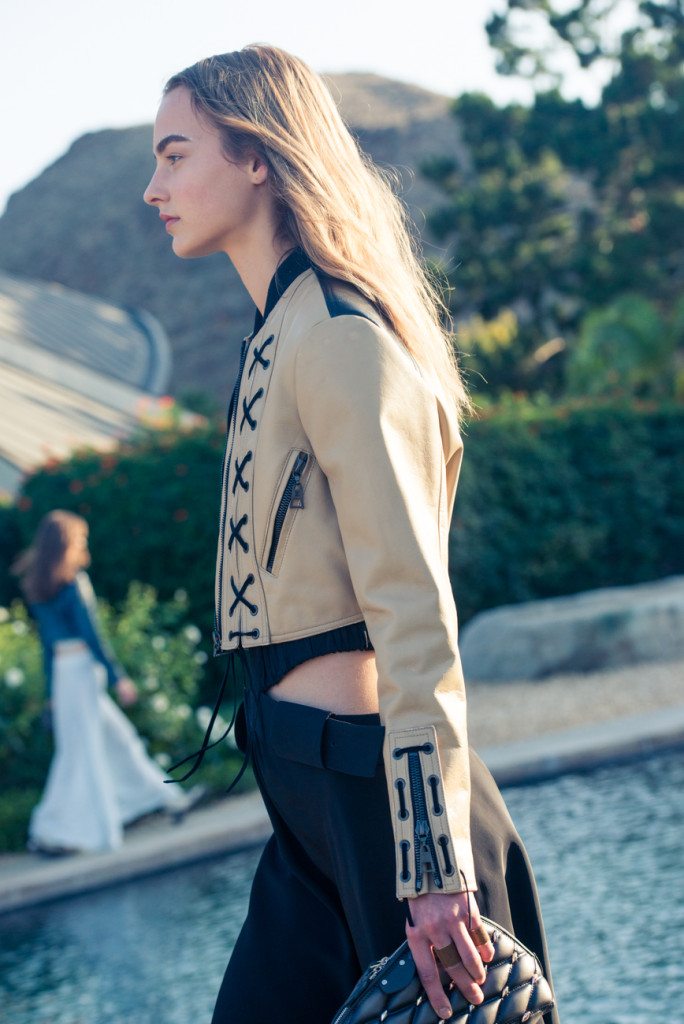 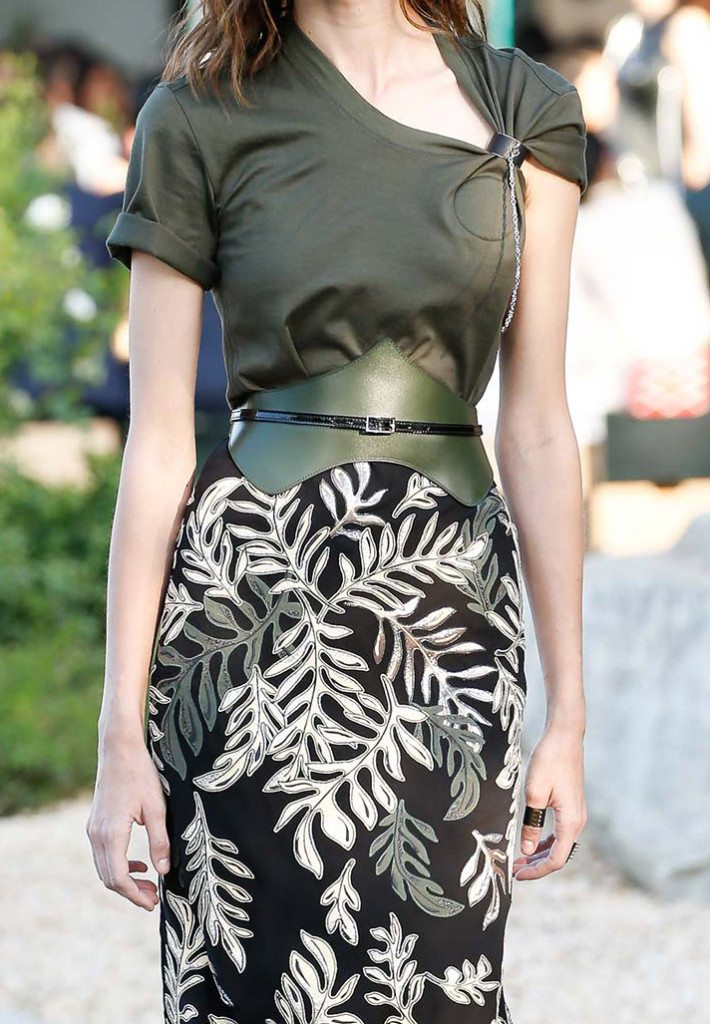 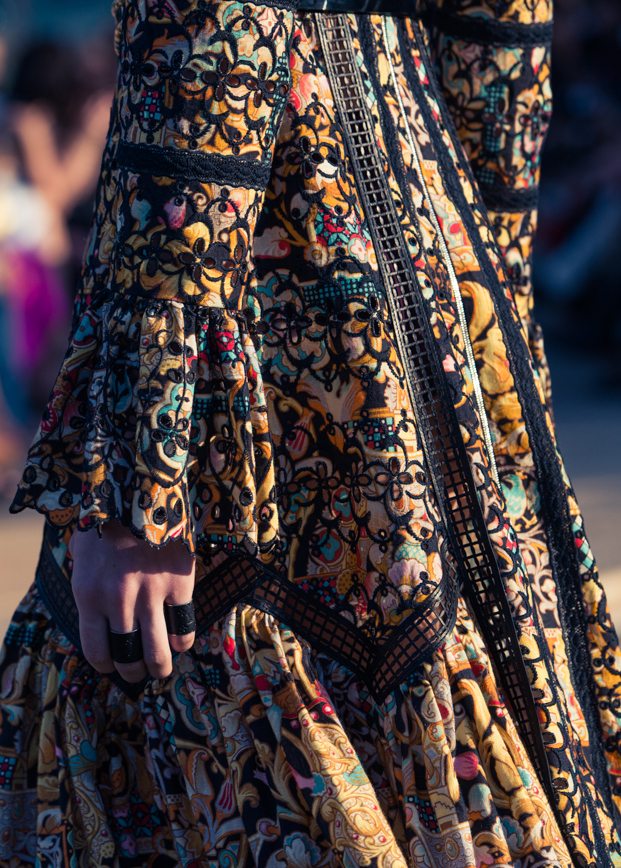 “On a dark desert highway, cool wind in my hair.
Warm smell of colitas, rising up through the air.
Up ahead in the distance, I saw a shimmering light.
My head grew heavy and my sight grew dim,
I had to stop for the night.”

The lyrics of this surrealistic narrative tell a tale of a weary traveler who checks into a luxury hotel in California. Experiencing the land of Hollywood and glamour for the first time the hotel appears captivating at first, but it turns out to be a nightmarish place where one inevitably can never escape. The song is an allegory about the materialism, self-destruction, and hedonistic customs of the high life in Los Angeles. Hotel California, a song by The Eagles that came out in 1977, still meets the same standards as it did when the band members painted the picture of their first time arriving in La-la-land:

“All of us kind of drove into L.A. at night. Nobody was from California, and if you drive into L.A. at night you can just see this glow on the horizon of lights, and the images that start running through your head of Hollywood and all the dreams that you have…”

Fifteen years ago, French fashion designer Nicolas Ghesquière first set his eyes on the Californian desert as the sun set over Palm Springs.  Ghesquière was experiencing what many other immigrants and visitors go through – the initial awe of being in a new county and experiencing the reality of the USA, not just the people or things they see on TV.

In the home of Hollywood and the materialistic lifestyle that comes with it, many foreigners look at the US through a telescope (or in LA’s situation a kaleidoscope) of what the US lifestyle is really like. Ghesquière explains, “I came to Palm Springs 15 years ago. I am a foreigner in California and America, so, as a good foreigner, I take in a lot of things – I am curious and I try to assimilate them. In the collection – I think it is very French in Palm Springs. Yet at the same time there are so many evocations of American iconography” (Vogue Italia). Combining his French heritage with the American Dream, Ghesquière took off to Los Angeles to stage his show at a mega-mansion of modern architecture, which coincided perfectly with his vision of Louis Vuitton and the ideals of the city of angels.

California dreaming is an understatement when it comes to the Louis Vuitton Resort 2016 collection. Further discussing his inspiration, Ghesquière reminisces,  “When I was [first] here, I saw the house up there. I thought, ‘Wow, it’s incredible.’ It stayed here, in my dreams” (NYT).

Built in 1973 by modern architect John Lautner, the $25 million oasis looks like a spacecraft from an intergalactic world. The estate set the mood of a futuristic style while the clothing gave off desert warrior vibes, as if the models had just walked off a production set of Star Wars Episode VII. With belts dualistically attached to the tops and pants, creating a harness-like effect, they make the perfect holster for a Jedi to keep her light saber. There were laser-spliced fractals cut from butter-soft leather, opulent Versailles-esque patterns, and 70’s inspired layering. More casual looks included hot-pants, go-go dancer booty shorts with a tribal mosaic twist. The highlight of this collection was the jackets – both structured and tailored to perfection.

This collection, in Ghesquière’s own words, was explorative. It was more similar to something he would have put out at Balenciaga, as opposed to his trademark A-line skirts he has mastered at LV. His love for architecture and construction shines through his elaborate designs and unique materials. Ghesquière’s influence of this collection was extremely impactful. Seeing as how much time he has spent gallivanting around LA with celebrity friends, browsing decedent museums and visiting American castles – estates on the hills, it is apparent how this whirlwind of an environment has consumed him. Beware, if you move to LA to chase the American Dream, the American Dream may start chasing you.

Written by Taylor Aube. Photographs via Style.com and The Coveteur.