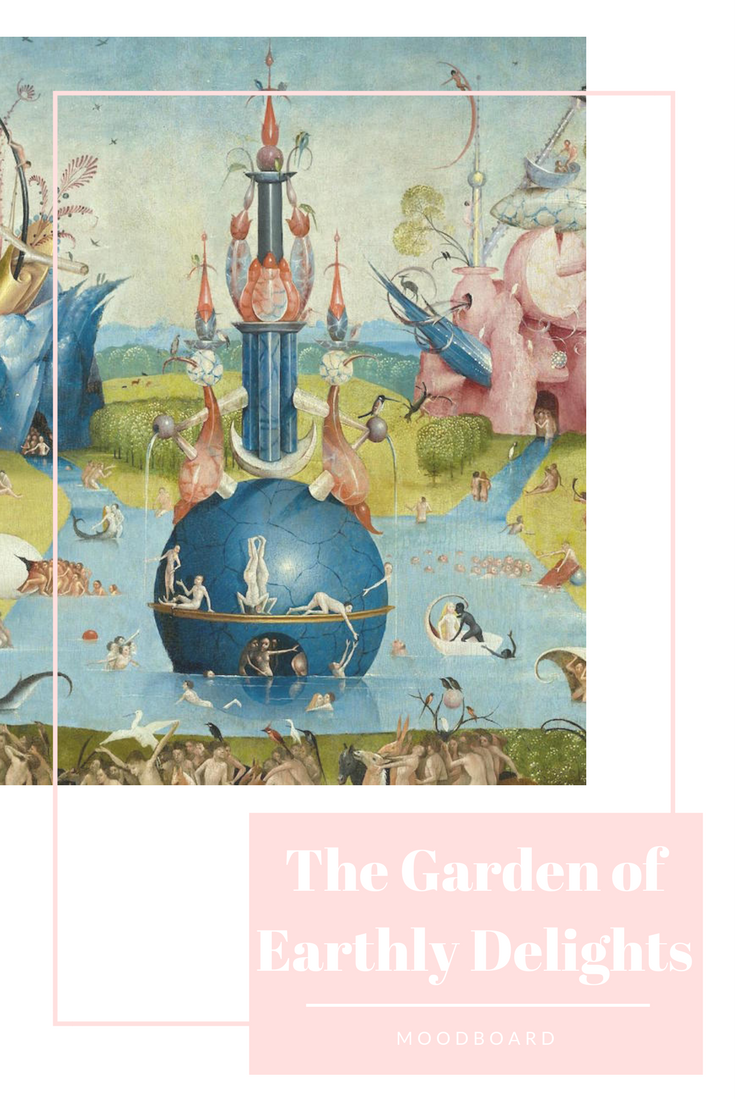 In what I dream to one day be a MET Gala theme, The Garden of Earthy Delights thrives as one of the world’s most decadent artworks. This painting was well before its time, and when looking at it with a modern approach it represents the frivolous fashions of humans and hedonism in today’s society. The ethereal theme of Hieronymus Bosch’s fantastical utopia fits perfectly with the aesthetics of brands such as Gucci, Marchesa and Valentino.

The Garden of Earthly Delights painting sets the scene of indulgence, temptation, sexual desire and ecstasy. It would take one decades to try and decipher the meaning of the painting or the curiosities that it creates. While all of the characters are naked, I was inspired by their surroundings and sublime. There are giant fruits, animals and buildings that look like they could be from Atlantis. In this beautiful and dreamy setting, one would wear chiffon and embroideries that are minimal yet opulent in their nature.

Hedonism and “earthly delights” are ever-present on the runways of Paris Fashion Week and beyond. While the painting itself if of Christian values, one can not ignore the hallucinogenic scenes depicted on the middle panel.  The ethereal style of the painting coincides with many designer’s styles, specifically Gucci by Alessandro Michele. The patterns of nature, divinity, expressiveness, and pastel shades all remind me of the same utopia. In this fashion talks series I  want to explore that relationship I see in the magical painting of The Garden of Earthly Delights and the runway trends of the world’s top designers. 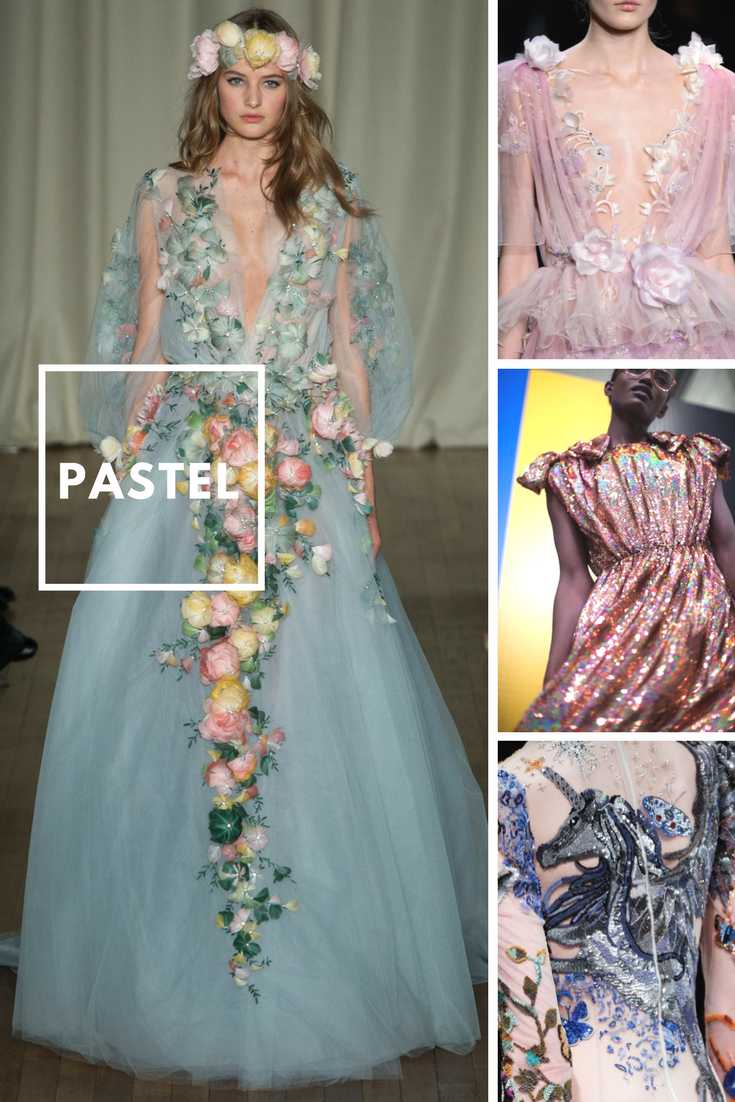 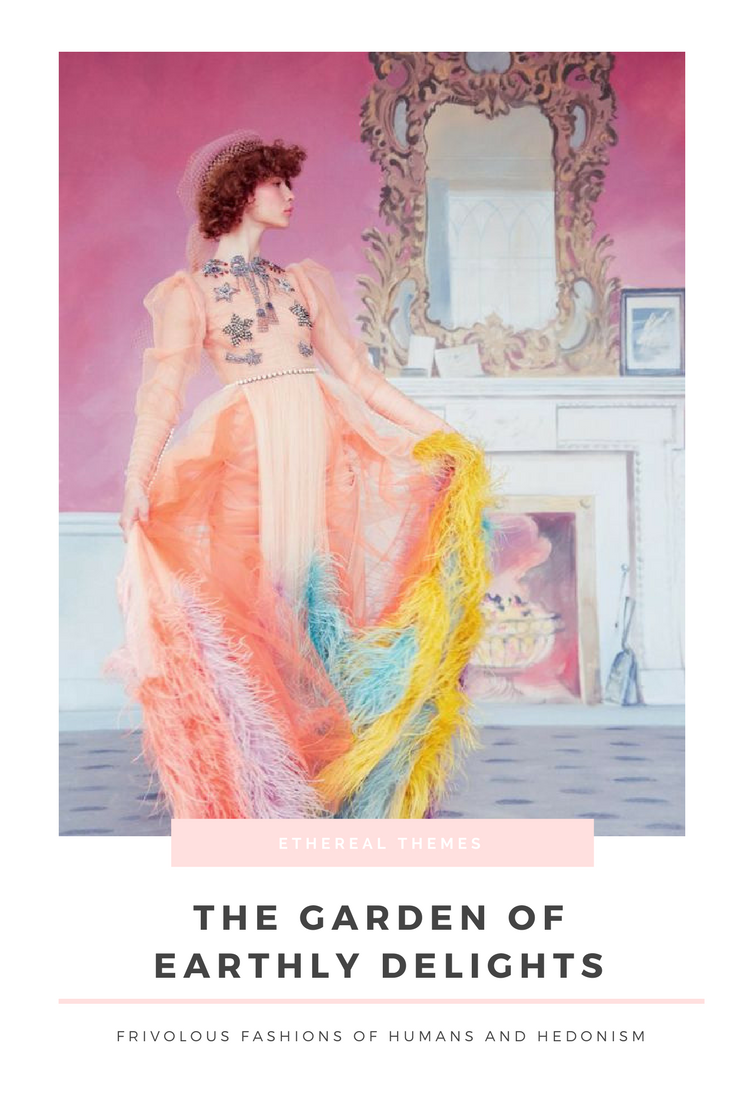 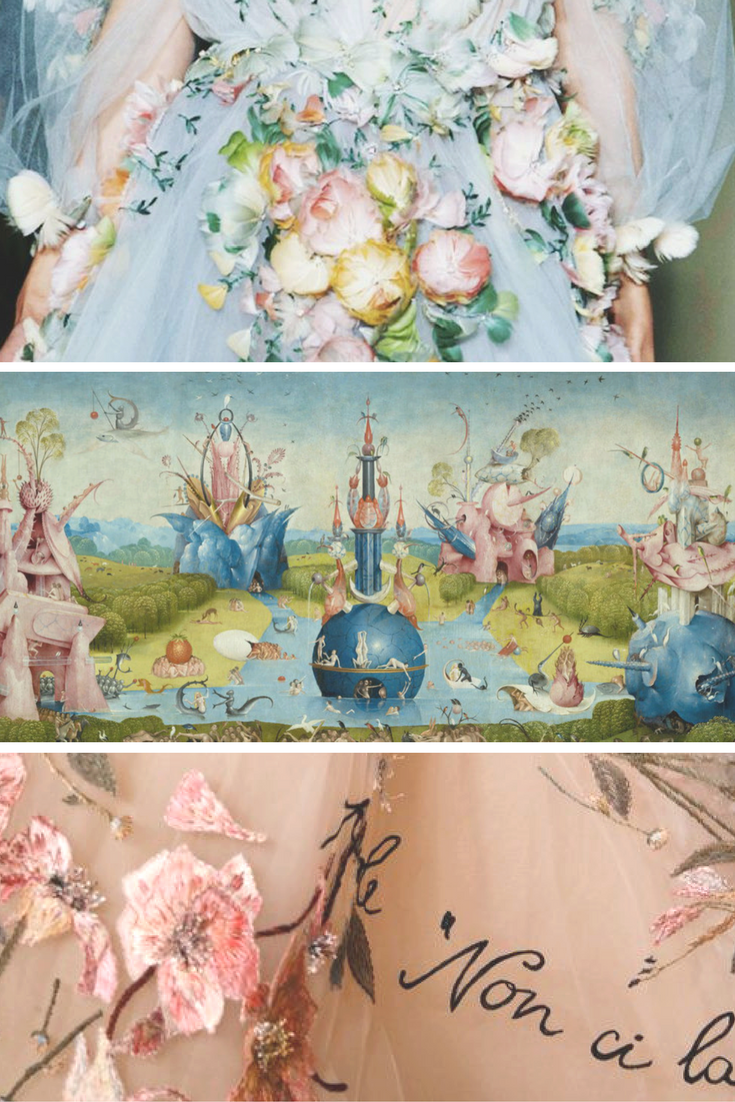 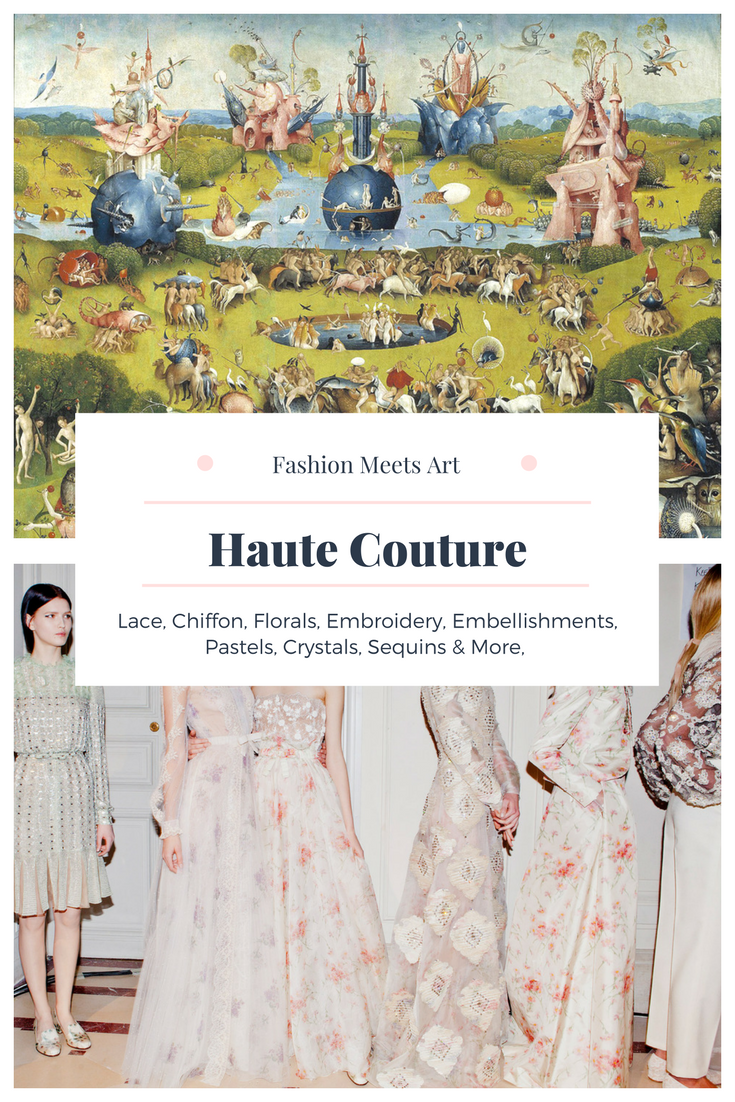 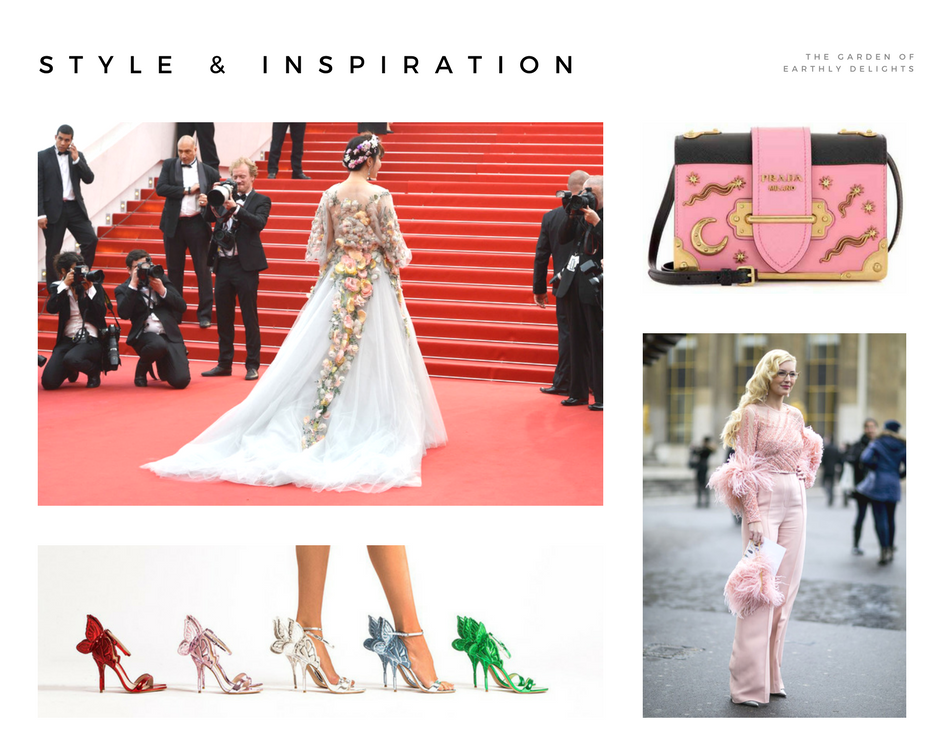 Shop fashion inspired by The Garden of Earthly Delights:

Tim Walker: The Master of Fantasy

Fashionable Font: The Rhetoric of Typography