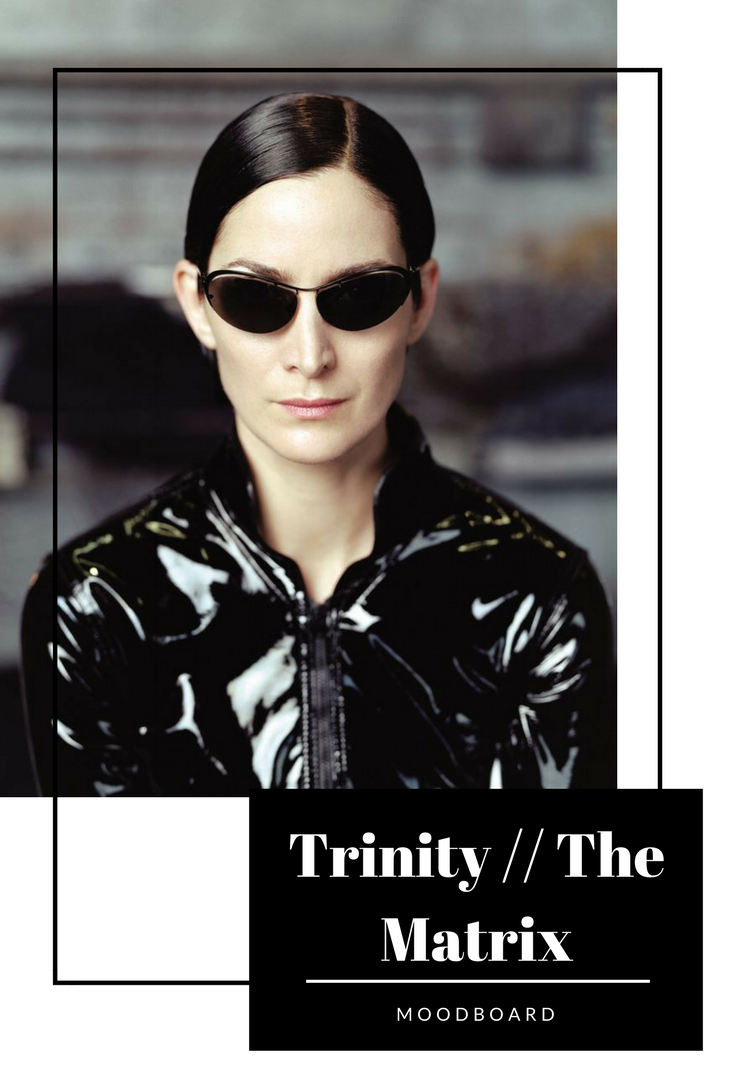 I’m so excited to share with you a new series on my blog, Fashion Talks. Think of this series as a mood board full of people, places and things that inspire me. The first theme will cover the ultimate badass Trinity from the Matrix. I am a huge fan of the Matrix Trilogy, and Trinity sets the standards very high with my first post. She adapts to her environments, she is one step ahead of the enemy at all times, “she is nameless, faceless, and without a history or a context; she is everyone and no one.”

When I think of Trinity my first thought is the 90’s. It’s true that the 90’s are back, and I’m not necessarily sure that’s a good thing, but if that means it’s socially acceptable to dress like Trinity from The Matrix then I’m totally cool with it. From the slim-framed sunglasses, to leather pants, it’s more than likely that Trinity is the style icon behind all of these things, and recent runway collections such as Louis Vuitton and Miu Miu. Oh, and let’s not forget vinyl – that was by far a favorite material of the computer programmer and hacker. Beyond her androgynous and futuristic wardrobe, Trinity is a dynamic female trapped somewhere between reality and virtual world.

The lead costume designer for The Matrix, Kym Barrett, told the LA Times that the inspiration behind Trinity’s style was aphotic: “We want it to be dark, we want it to be high-contrast, we want Trinity to be like an oil slick.” One of Trinity’s most distinct features is her slicked back bob. The raven-haired beauty, played by Carrie-Anne Moss, wears minimal makeup and delivers quite the punch. She is the antithesis of feminine, all while being the heroine of the entire trilogy.

Below you can see inspiration of the theme from my favorite fashion editorials, runway looks, makeup artists, photographers and more. 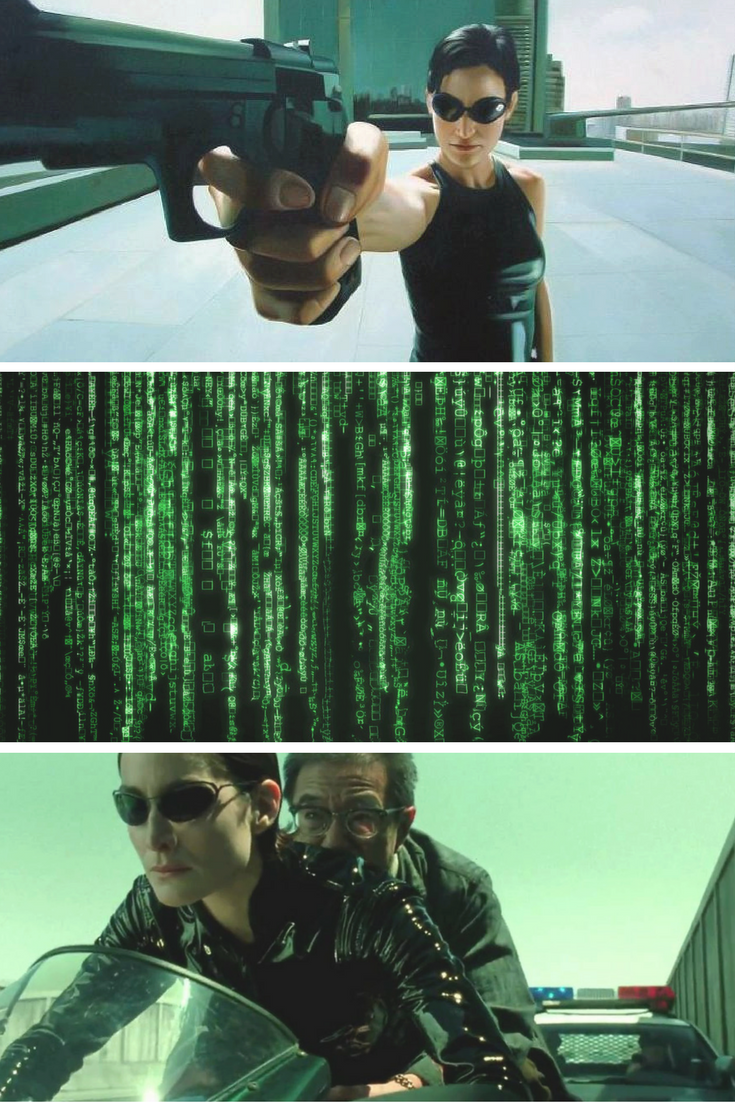 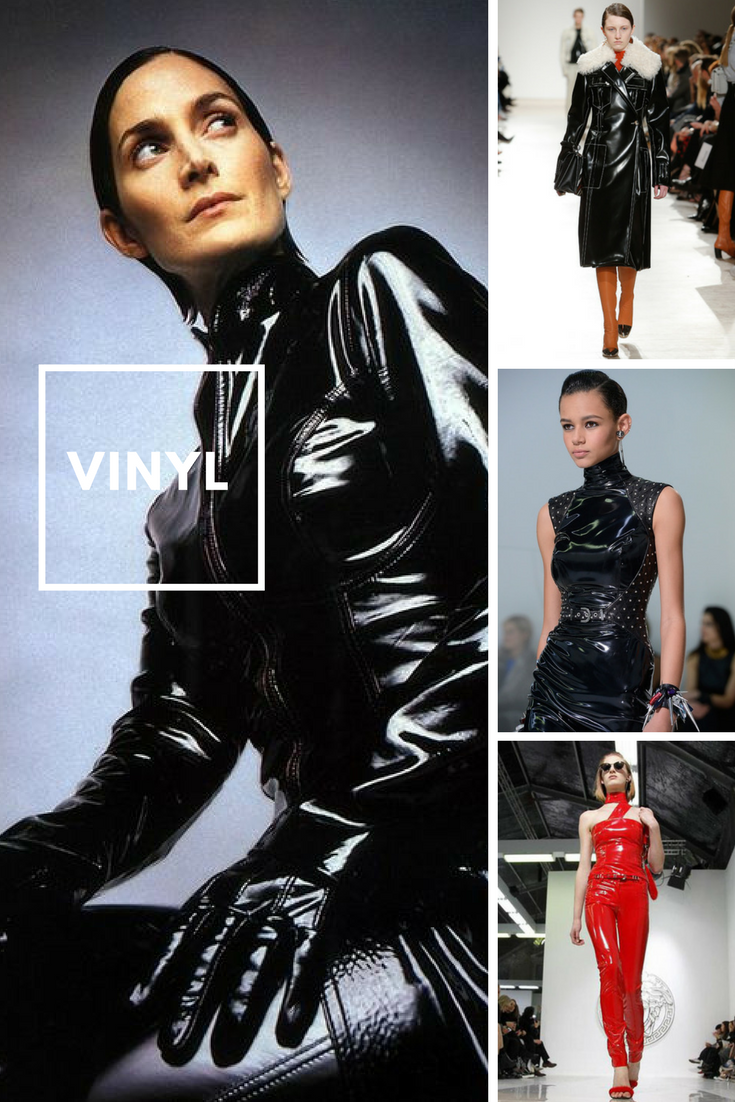 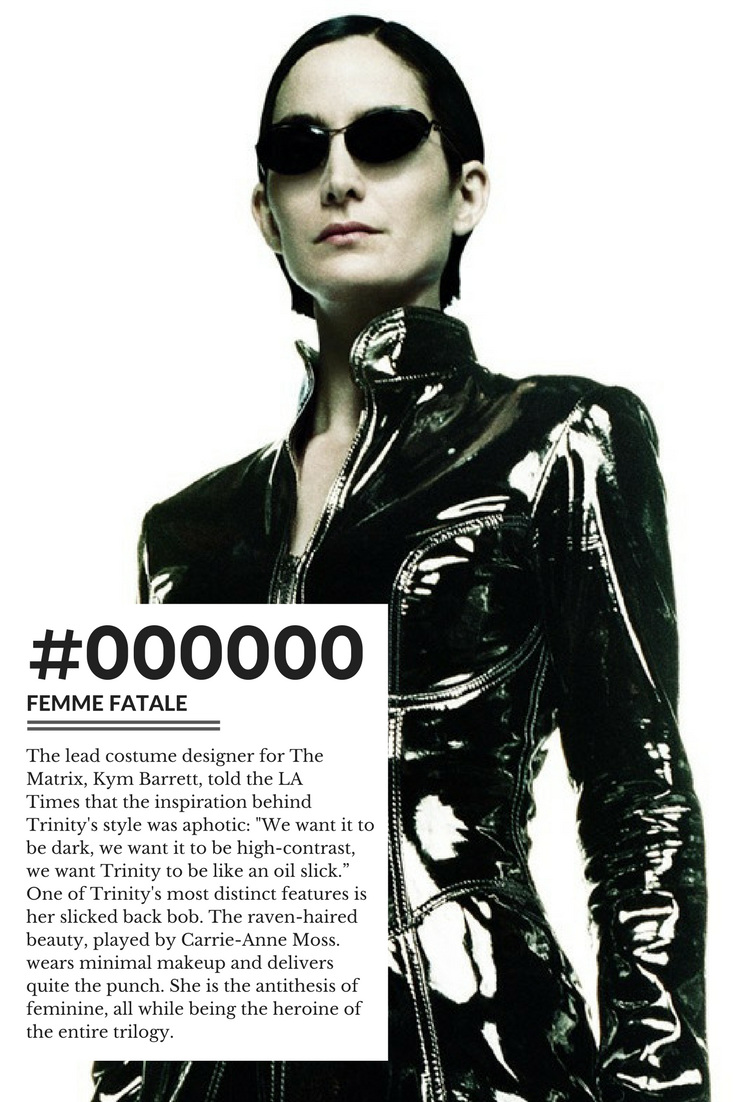 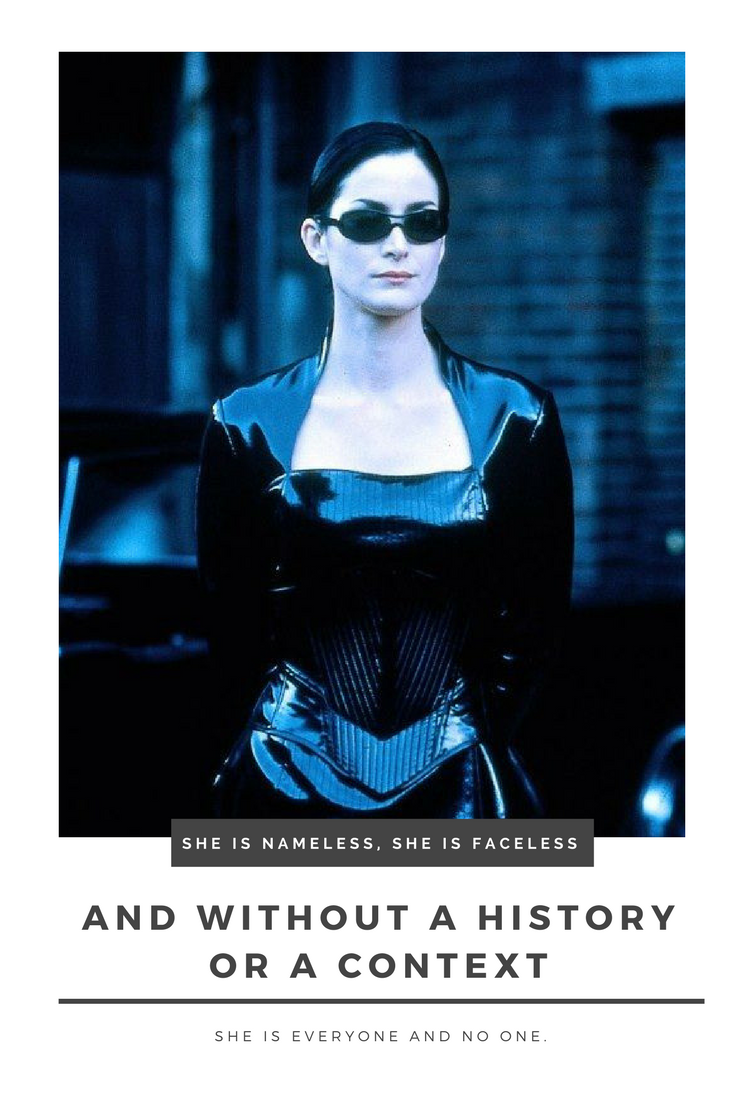 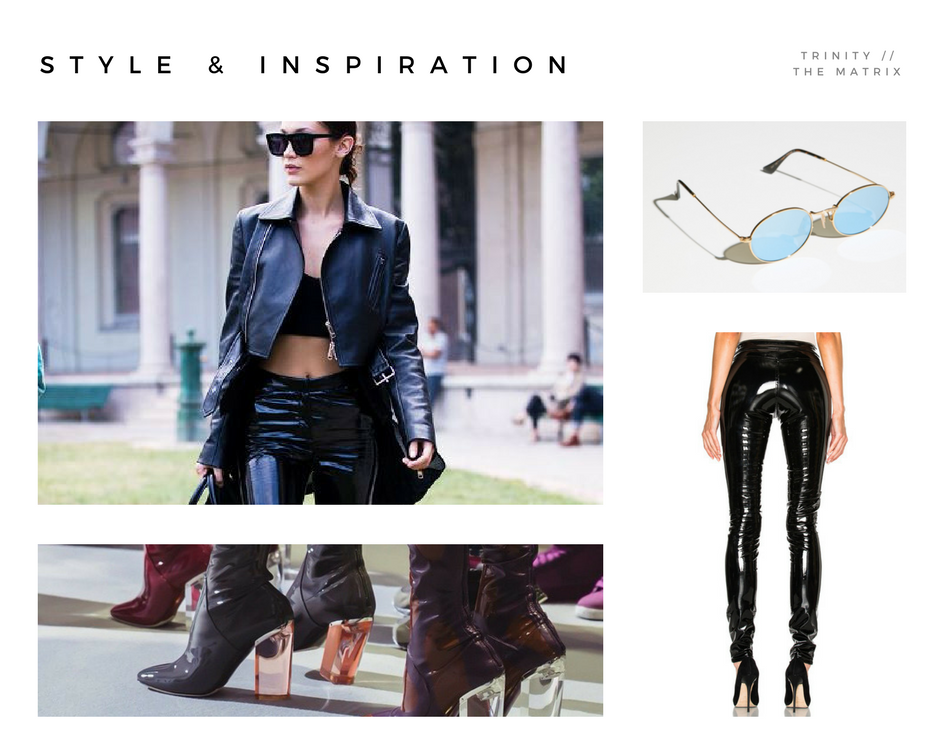 Tim Walker: The Master of Fantasy