The term never judge a book by its cover certainly does not apply to fashion magazines. It is the very essence of deciding whether or not the model or celebrity suits your taste or, just as importantly, if the typography has enough visual texture, tone and personality to convince you to buy. Tapping into the visual rhetoric of typography in fashion magazines is an unexplored domain since typography is generally associated with technology and design. From accentuated serifs to creating a visual circus with words and characters, the aesthetics of typography are both innovative yet controlled in their nature.

Typography is the art or process of setting and arranging types. Typographers design fonts based on the general foundations of style, line length, size, color, shape and weight. Typefaces can be perceived as anything from feminine, elegant and graceful to urban, modern and dignified. This is because each typeface possesses a unique persona. From bases as thick as an elm tree to bodies as thin as a hair, one can achieve virtually any letter shape by subjecting the alphabet to architectural brilliance, tapering curves and exaggerated vertexes. Each individual stroke and sway of a typeface can convey a different emotion or feeling. 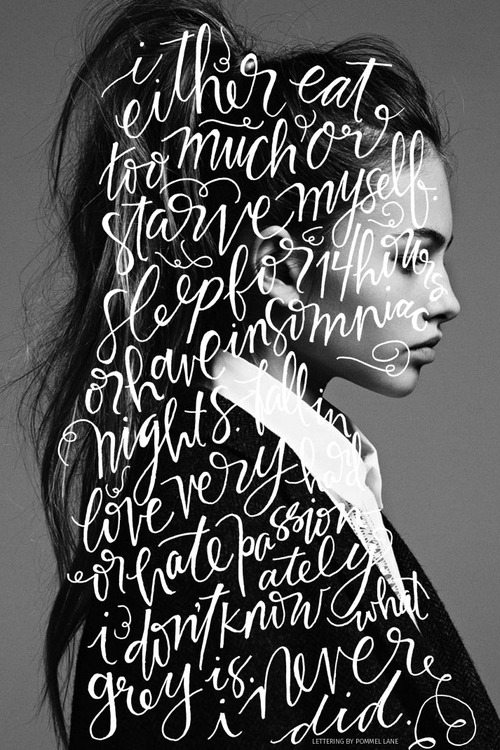 During Vogue’s era of hand-drawn covers, illustrators created lettering that complimented the style and character of their illustrations. According to graphic designer and writer J. Abbott Miller, “This ethic was carried over as Vogue made the transition into the photographic era: photographers and designers created ambitiously varied and inventive approaches that integrated letterforms as part of a total approach to design.” When looking at magazines from an aesthetic point of view, without a doubt the photography must harmonize with the typography and fonts. The character of the title’s typography must match the energy of the editorial or text that follows. A minimalist cover and photograph calls for classic and bold typography followed by small blocks of font. There is often a clash of tastes between too much white space and too much activity. Crowding the page with many different colors, details and words are uneasy on the eye. Instead of adding to the confusion, the unique lettering should act as a “typographic veil over photography” making it the “ideal overlay for photography.”

Vogue adopted their ‘Bodoni’ logo in the late 1940’s

Although typographers are creative and visionary, the visual language of typography can be interpreted as an autocracy. In visual communication, the patterns of usage can become so obvious that they outline our understanding of typography and consumers’ subconscious decisions on purchases. As consumers who are constantly reading advertisements and seeing logos on TV and online, we have become conditioned to respond to certain typefaces. These fashionable typefaces have established themselves as luxurious and ingenious. Consumers are now trained to take out their wallets whenever they see a certain font.

It’s no surprise that top name brands use similar fonts. Typfaces such as Helvetica, Futura and Optima are common among retail and high fashion brands. Many household beauty labels have monopolized the Optima font. Companies such as Almay, L’Oréal, Revlon, Cover Girl and Maybelline all brand themselves with this ‘feminine’ typeface. Brands that use Helvetica and its variations include: Saint Laurent, Comme des Garçons, HBA and Colette. Brands that use Futura and its variations include: Louis Vuitton, Supreme, and Nike. Here is a useful infographic that deciphers the fonts of many streetwear and high fashion brands. 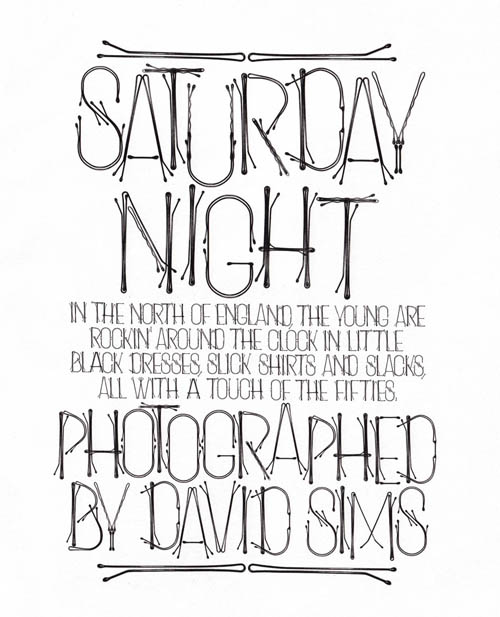 Typography made up of bobby pins: W August 2005

The science and beauty behind the art of type is fascinating. Like clockwork, graphic designers are creating typefaces for new magazine covers, editorials, logos and advertisements. It’s as if they are creating readable art. Just like the intricate production of a garment, the various forms of typography evoke the explicit process of creating a dress – the draping, folding, tailoring and cutting. Where designers have scissors and sewing needles, typographers have software, which allows them to emphasize and magnify typeface. Typography plays an important role in the fashion world. It is one of the most heavily critiqued aspects of a magazine cover apart from the choice of model. Some see typography as an important aspect of design and others as fancy fonts they can use on their PowerPoint. But to simply brush off typography as an unimportant and unfashionable facet of the artistic process of design is more offensive than using Comic Sans! 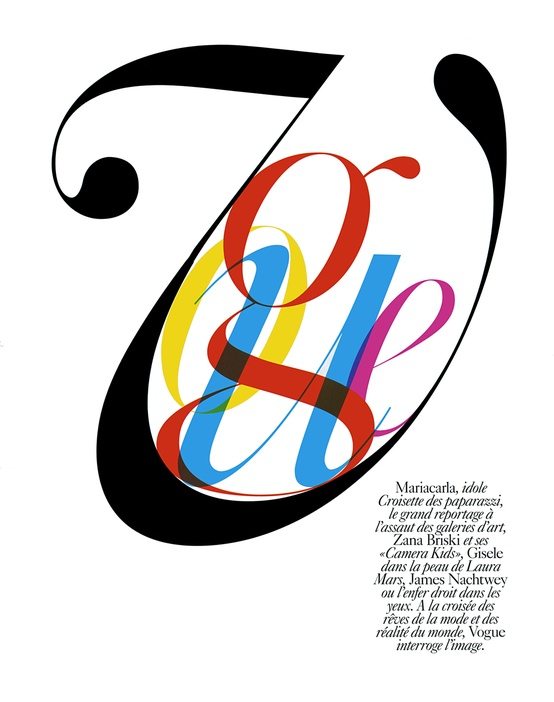