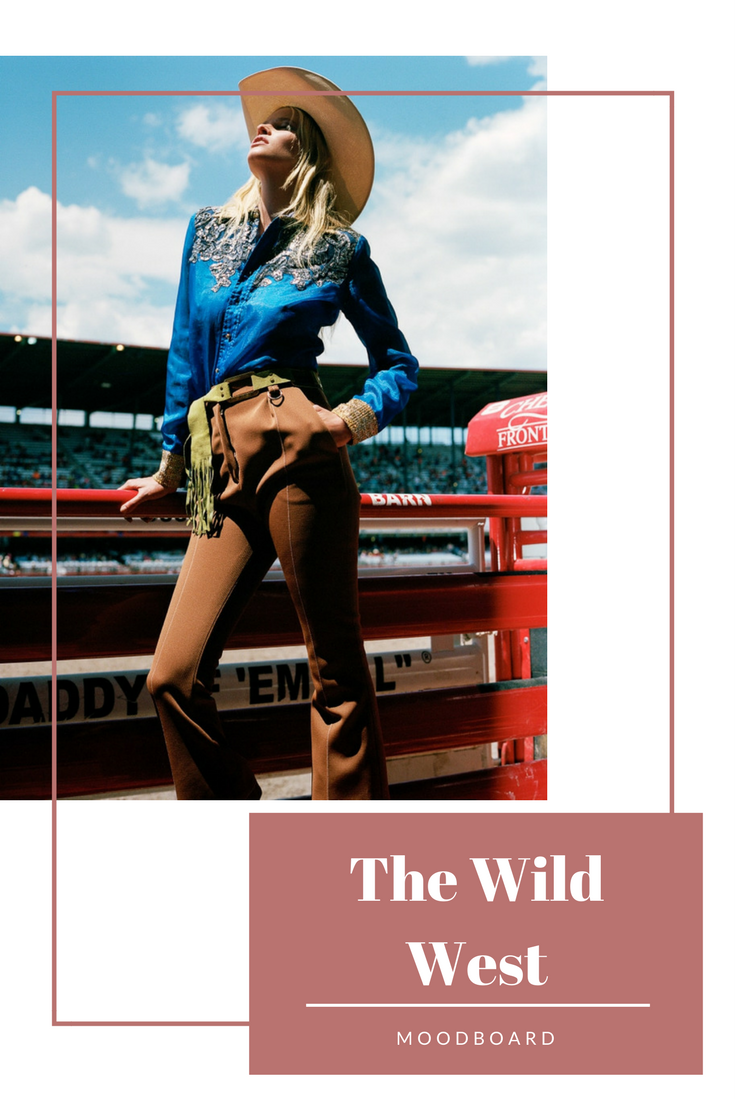 The American frontier is a beautiful place. Since its initial occupancy dating back to the early 17th century, the Wild West is known for its landscapes, folklore, and fashion.  The Western genre of film was inspired by the romance, anarchy, and chaotic violence of the period, which eventually spilled over into toys, games and costumes in mainstream culture worldwide.  The themes and inspirations of the Wild West have influenced American culture greatly. While we no longer have pistol duels in the town square, we do have rodeos, cattle farmers, horse wranglers, Western films, hunting and more. I was really interested in exploring this topic because I constantly see the West’s influence on the high fashion world, which is very apparent in most magazines across the globe. One of my favorite editorials I used in this post is Lara Stone in Modern Weekly Style Fall 2017 photographed by Sean Thomas. This Chinese magazine’s perception of the Wild West is so spot on. It is a fun theme to style, travel to and photograph. 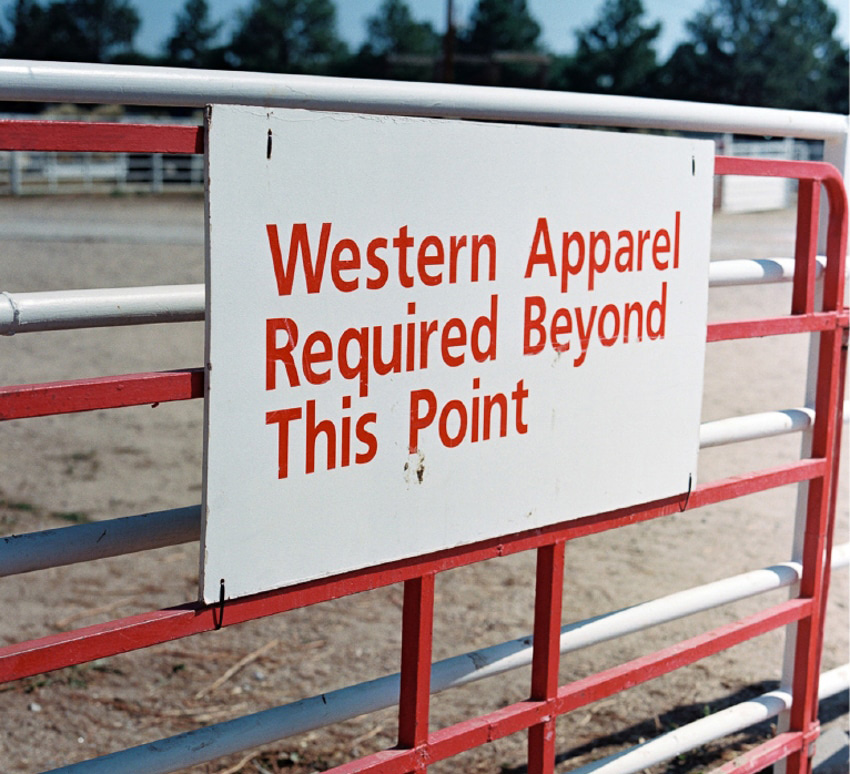 In addition, the ambiance of the Western lifestyle translates so well to the fashion world. We have seen this trend sent down the runway numerous times, including the catwalks of high profile maisons such as Chanel, Versace and Christian Dior. Chanel even presented a Pre-Fall collection at a giant barn in Dallas, Texas. It was full of vibrant patterns, feathers, denim, and tones of red and brown. It’s not like Western fashion is making a comeback, because it never even left. This unique style has no comparison and is so easy to spot – from bolo ties, to cowboy boots, to bandanas, hats, fringe, leather, belt buckles, and beyond.

Western style is still appreciated and celebrated by pop culture in the 21st century. In her latest album Joanne, Lady Gaga channels a chic and sexy cowgirl with her pastel pink brimmed hat and fringed chaps.  Another modern celebrity who loves Western style is Beyonce, who is a country girl from Houston. Texas is truly the heart of the West, so it’s no doubt this Texas girl loves to wear a cowboy hat or brag about her southern roots in her song Formation. Oh, and lest we forget the Britney and Justin denim outfit combo circa 2001? Since the early 50’s Americans have been celebrating Western style in Hollywood productions. From John Wayne, Robert Redford and Clint Eastwood to Quentin Tarantino’s The Hateful 8 and HBO’s hit TV show West World, the exclusive style of the Wild West will live on in the creative arts for eternity. After all, Space Cowboys is already a thing.

Below you can see why the wild West has been the inspiration from fashion shows to modern TV entertainment for decades, and for more to come 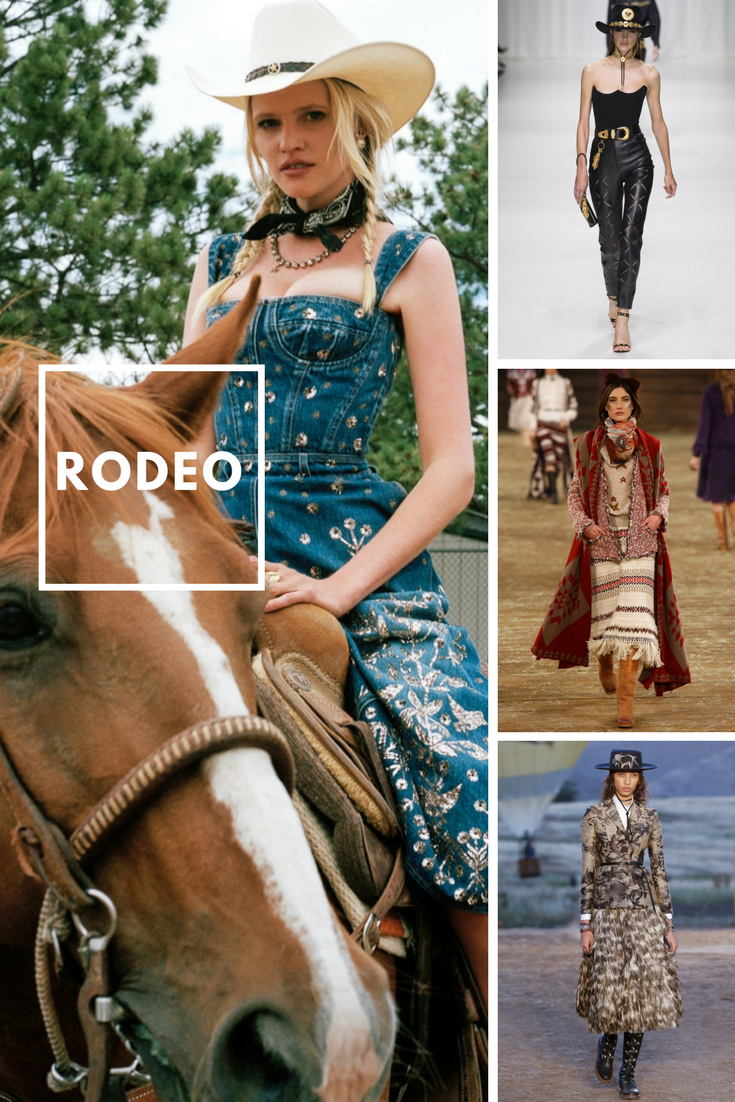 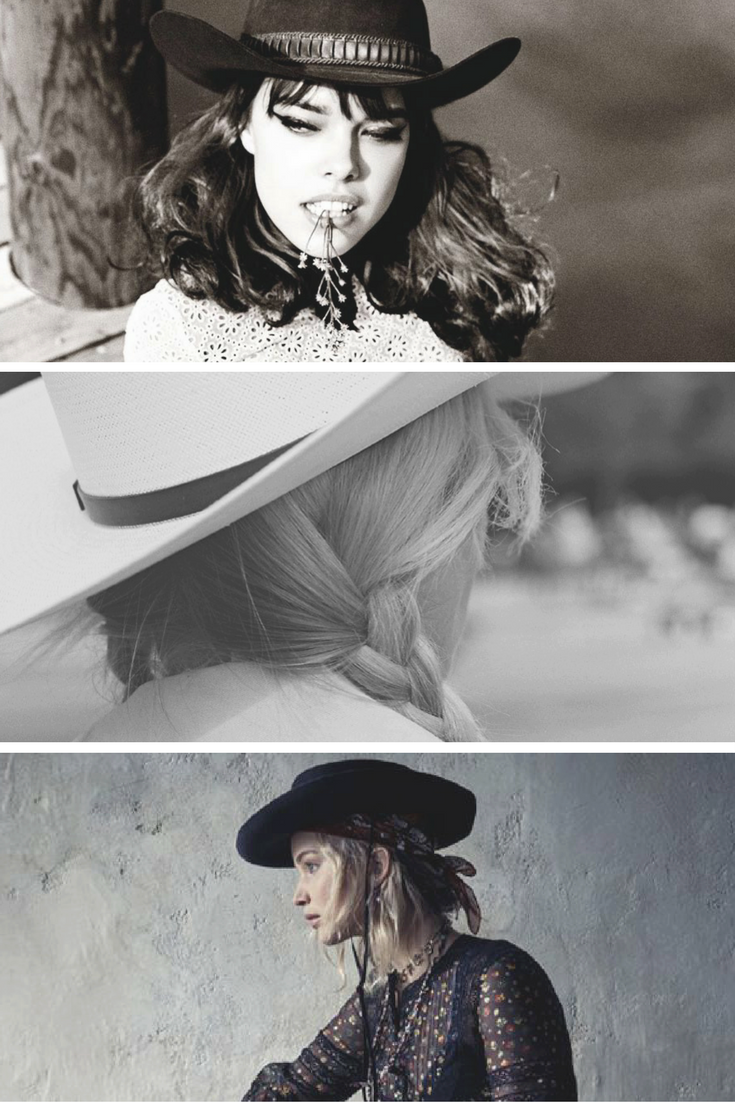 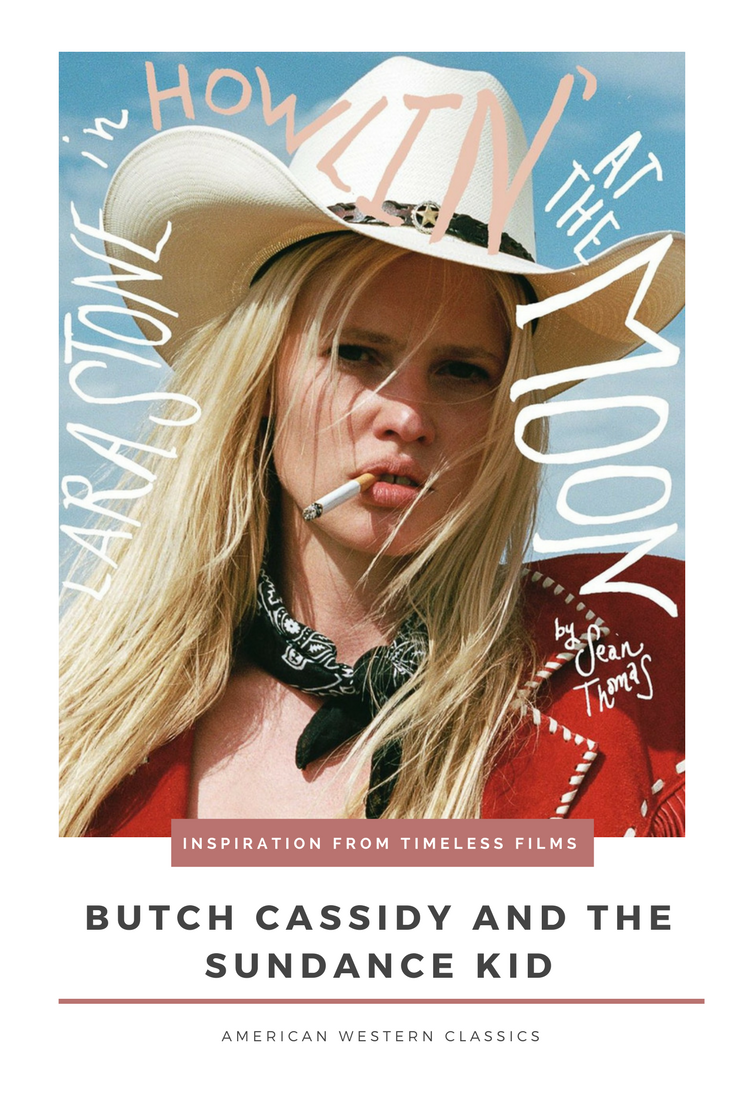 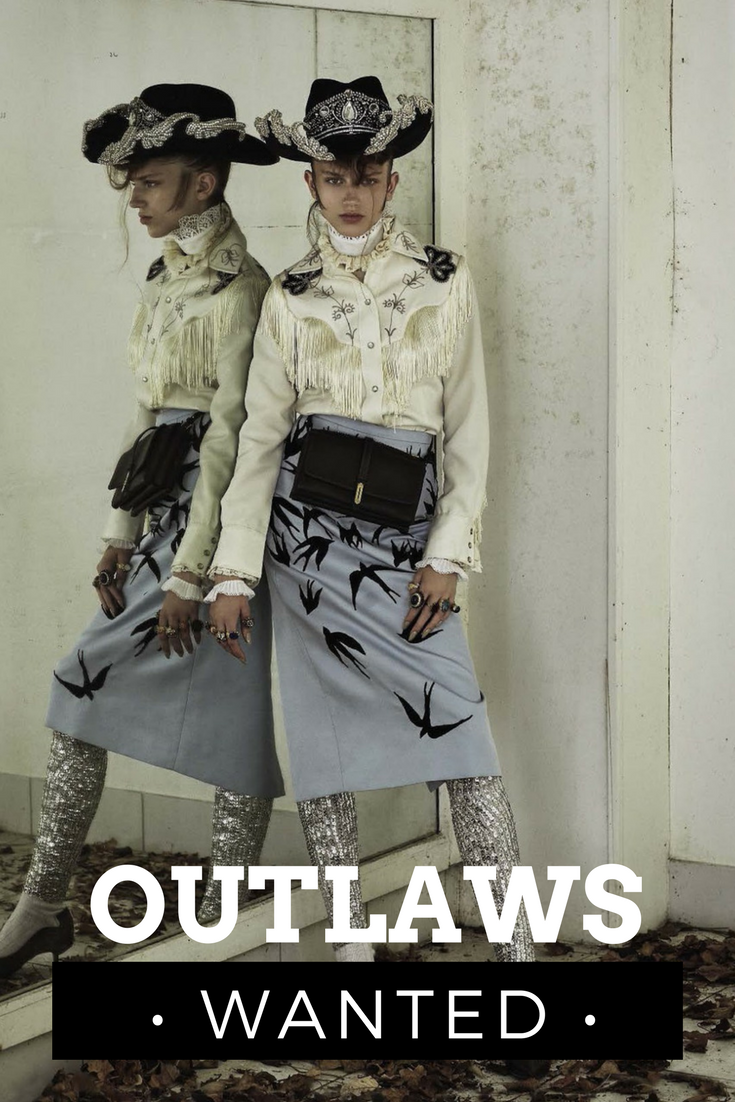 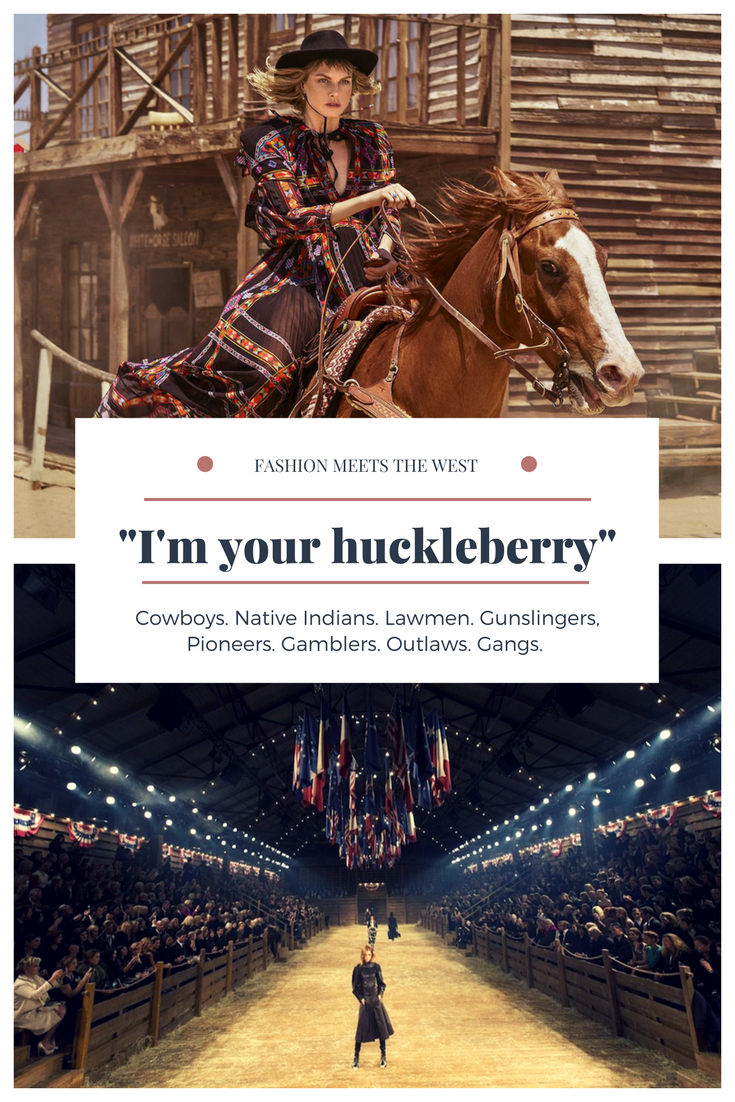 These boots are made for walking’