At the height of opulence stands The Pierre. Complete and utter lavishness is what one can expect from this historic hotel on the famous 5th Avenue, which is just a stone’s throw away from Bergdorf Goodman. The Pierre has been open since the 1930’s, and while its main function is a hotel it is also a residence to elite New Yorkers such as Tory Burch. During my trip to New York Fashion Week I had the opportunity to meet with the Executive Chef of The Pierre, Ashfer Biju, and dine at the newly renovated restaurant in the Rotunda. Celebrity treatment is an understatement, as I was in for one of the most decadent dining experiences of my life! 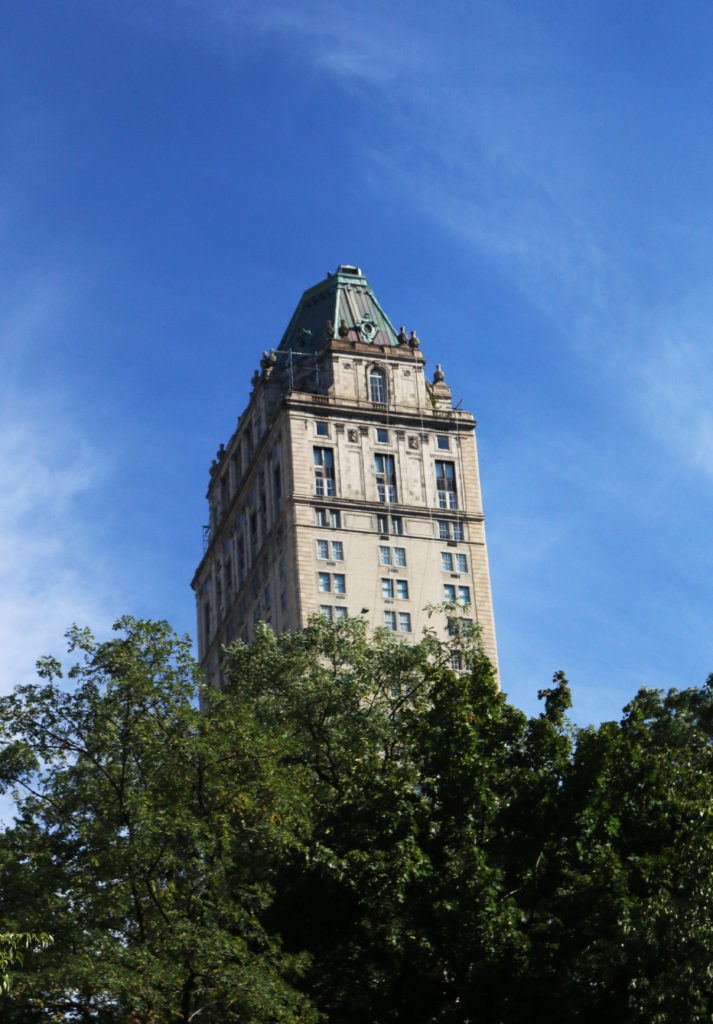 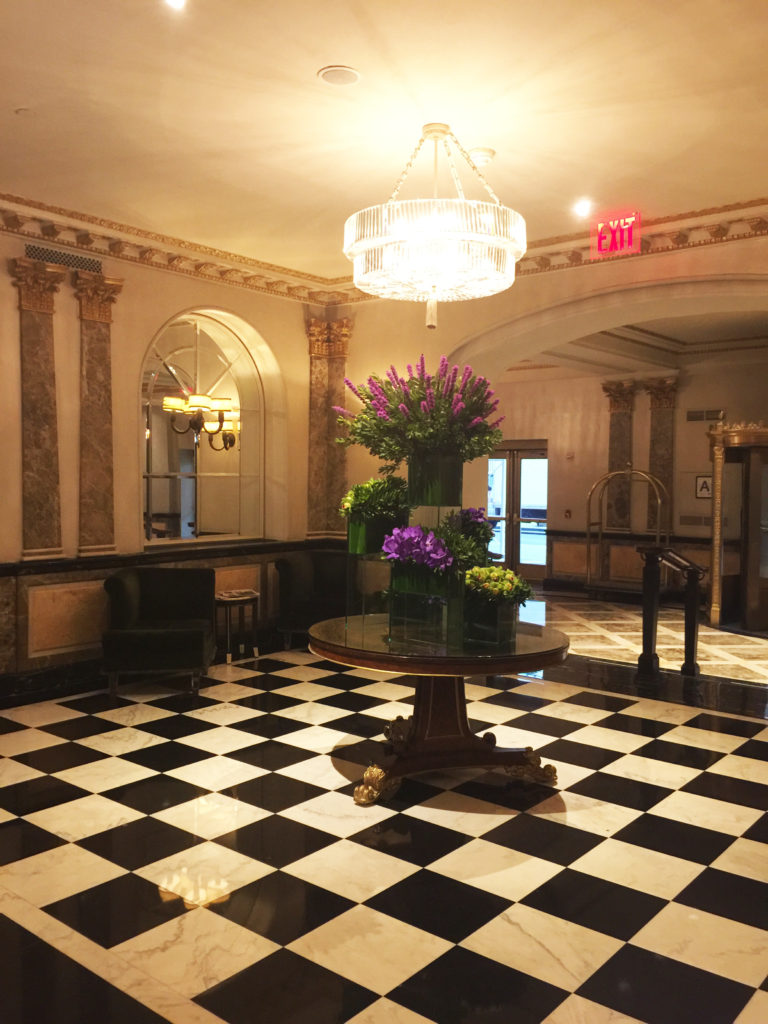 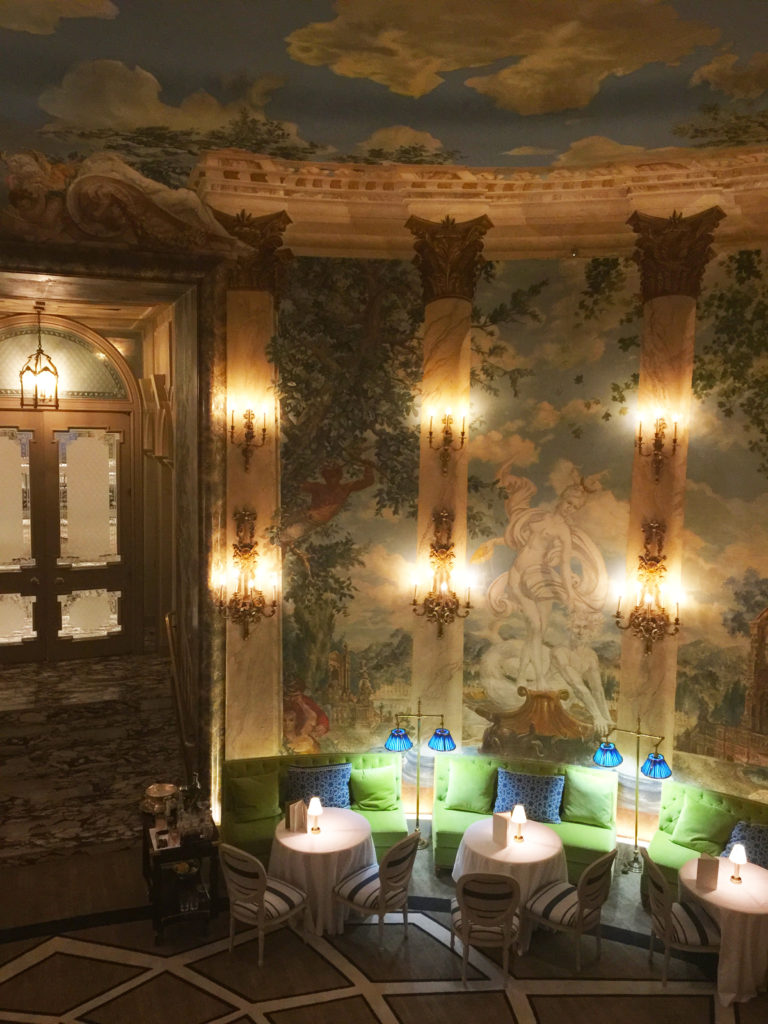 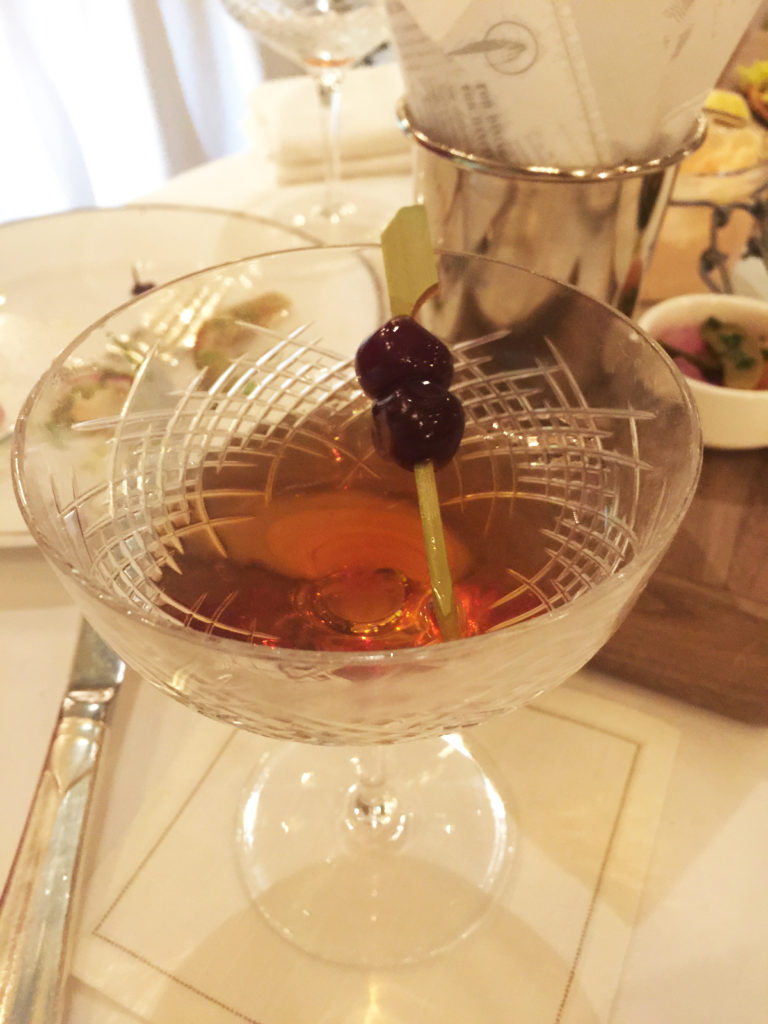 The evening started when I strolled into The Pierre hotel for an early dinner at 5pm. My heart swooned over the checkered tiled floors, which I have become a huge fan of after visiting The Duke Mansion in Charlotte. Right around the corner from the 5th Ave entrance is the Perrine restaurant located in the beautiful Rotunda room. Once I got myself situated, I met up with the Director of Marketing, Meredith, and Chef Ashfer. The waiter pulled up a drink cart, complete with crystal decanters of every liqueur, and asked me what I would like to drink. He mentioned they are known for their Manhattans. I don’t normally drink hard alcohol, but I figured I rarely get the opportunity to drink a Manhattan in Manhattan, so why not! You know what they say, “When in Rome.”

I love getting to know strangers, especially two people who live a vastly interesting life. Working at a Taj Hotel in one of the world’s most booming cities is not on most people’s resumes. Getting to sit down and pick the brains of these two individuals was such an enlightening experience. We talked about travel, getting lost in NYC (apparently even true New Yorkers get lost also!), and most importantly food. I made the joke of seeing turmeric everywhere on every blog and how it seems like it is the new kale. Ashfer laughed and told me that he was on a TV show morning segment where the reporter asked him what food would be the new kale. He said he paused for a second and really had to think about it, then with confidence said, “turmeric.”

Low and behold, 2 years after that interview turmeric is clearly the new kale. Chef Ashfer is from the south of India and he told me that in Indian tradition, two days before a wedding the women spread a turmeric paste over the bride and let it soak into her skin. The next day it looks like she has jaundice, but on the wedding day she is radiant and glowing. I told Ashfer and Meredith they need to offer a turmeric special at The Pierre, a turmeric smoothie or tea to start your day, a full-body turmeric mask at the spa, and a delicious Indian dish with turmeric flavoring and coloring for dinner. They responded, “We need to charge you a consulting fee!” 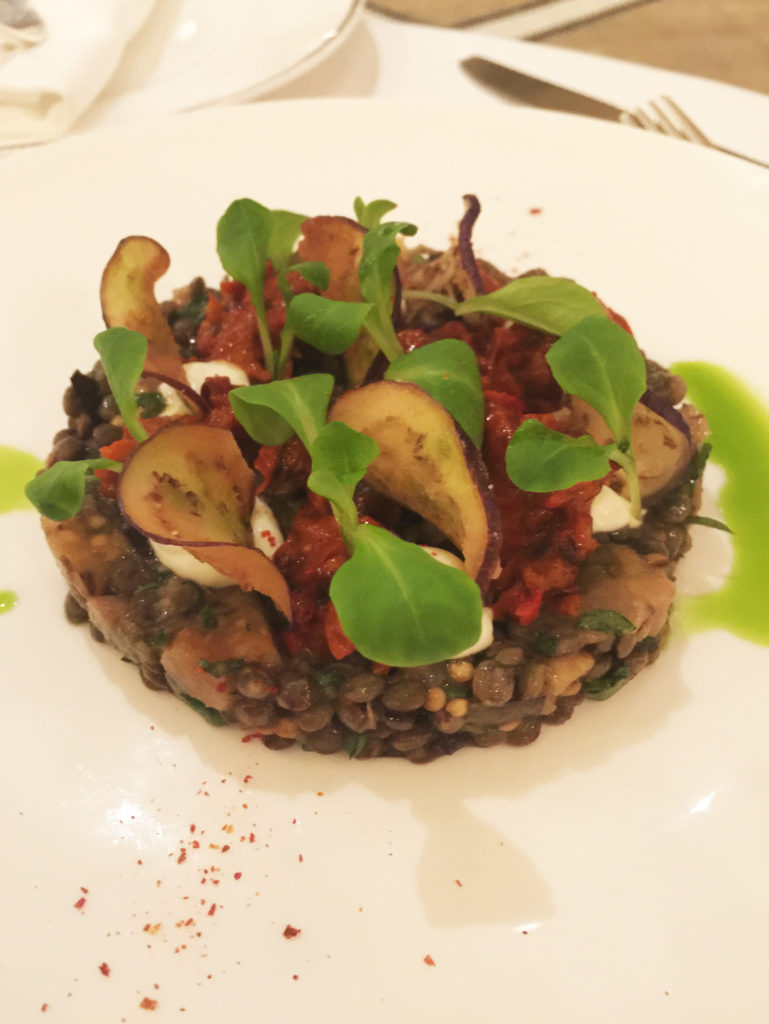 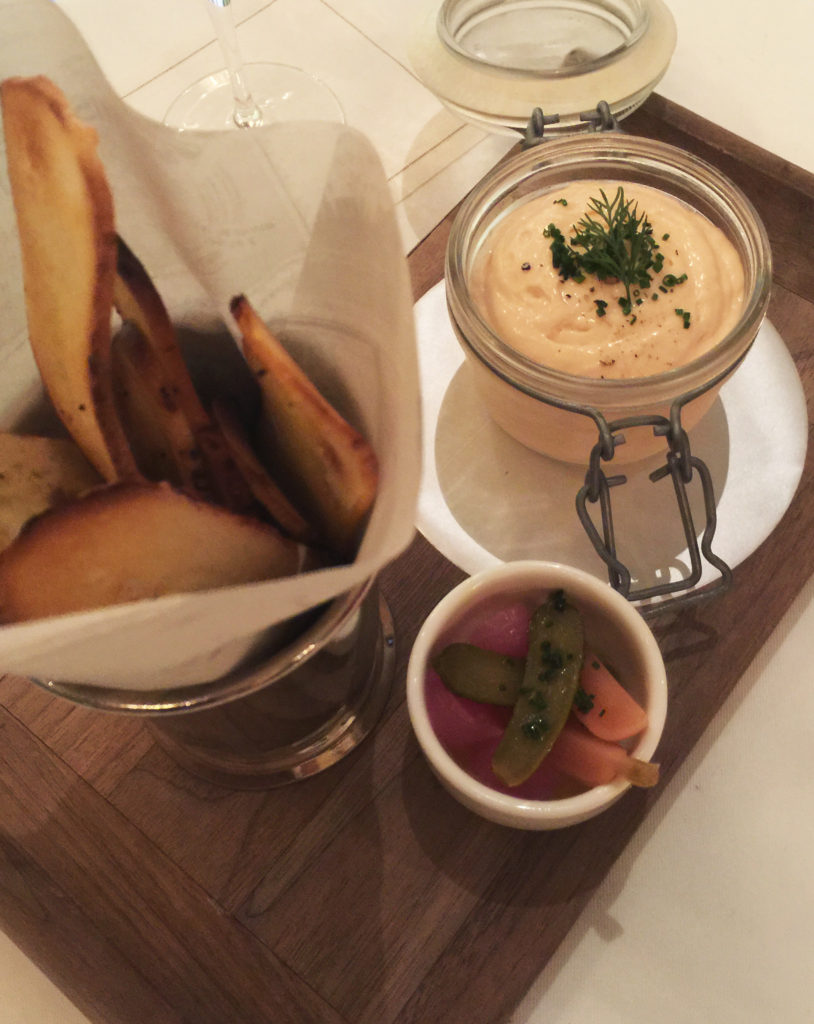 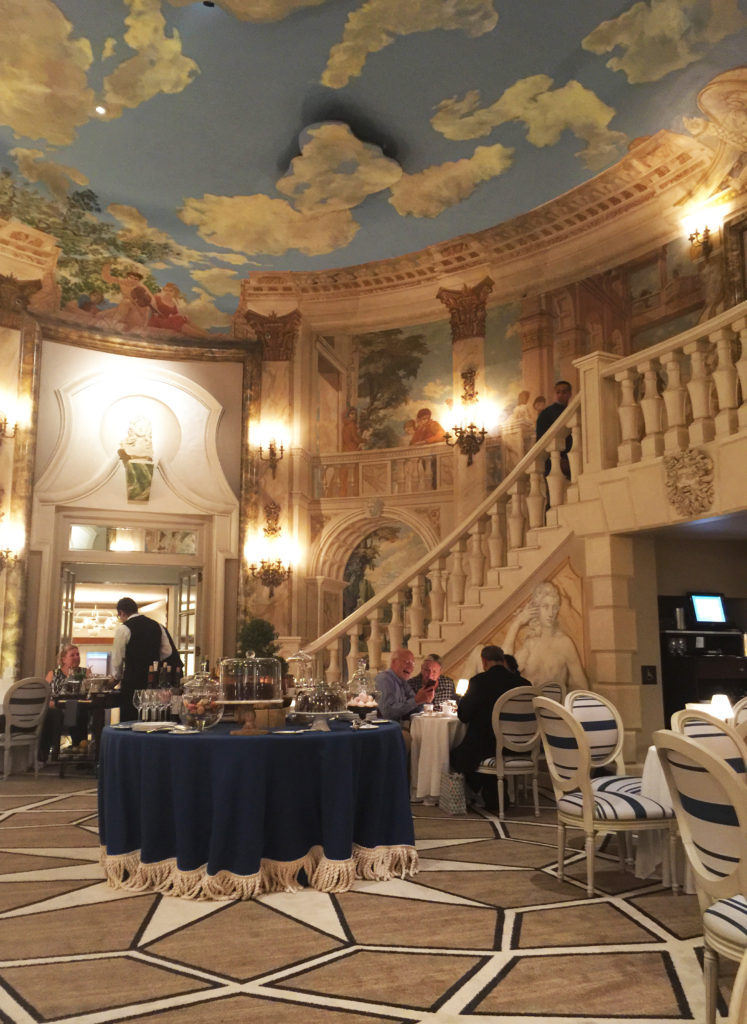 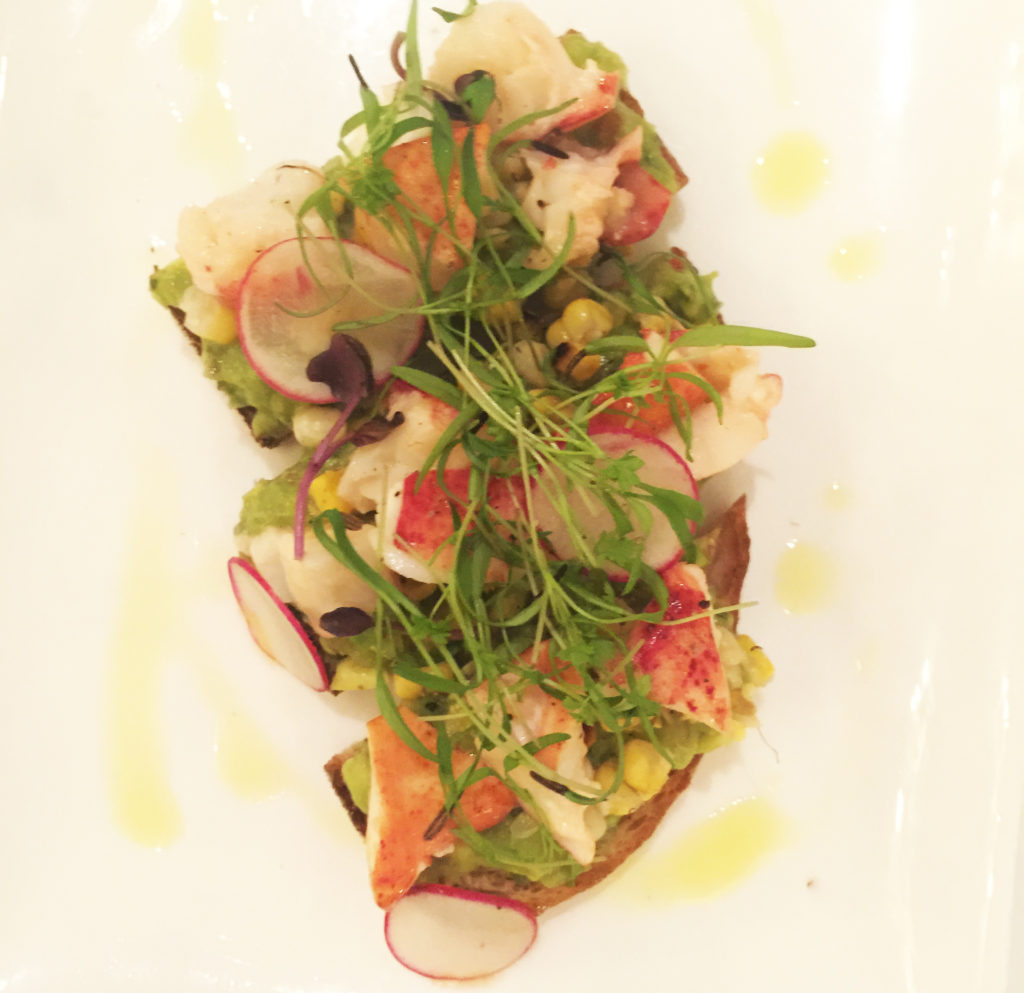 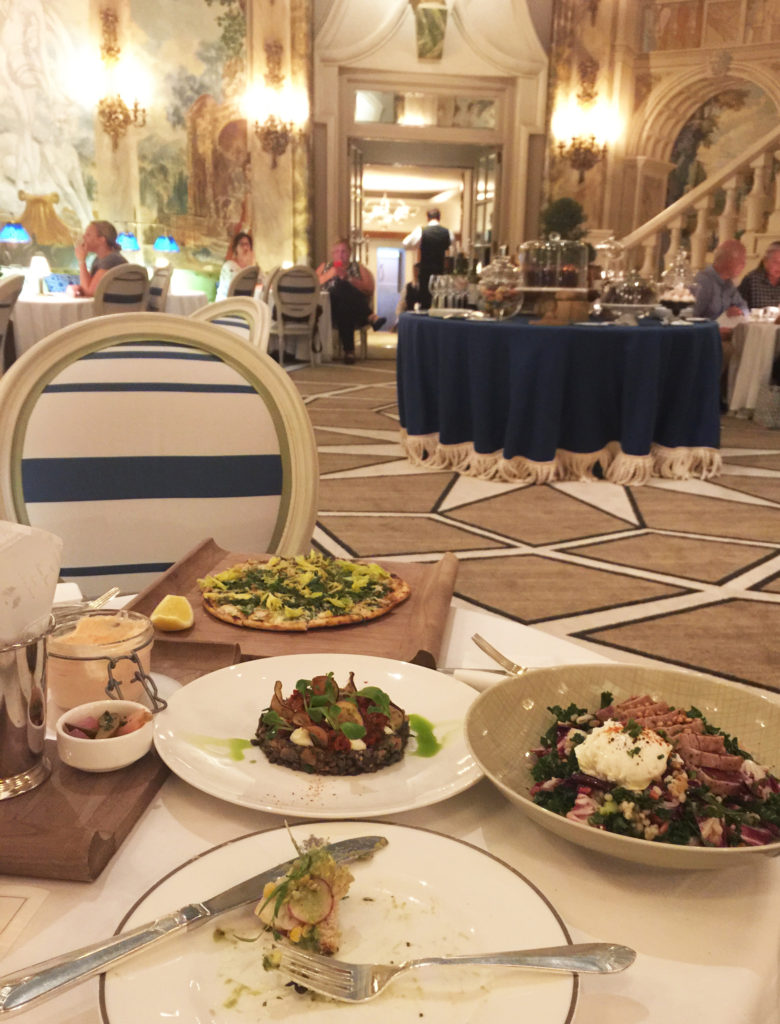 While we were chatting away, the courses started coming out. It wasn’t a traditional “course meal,” but I will treat it as one since we had so many delicious plates brought out to us. First was one of my favorites of the night, a creative and delightful take on the NYC bagel. It was bagel chips with a side of creamy lox. The lox (a salmon spread) was so rich in flavor and the fact that it was served cold made it the perfect contrast to the crunchiness of the bagel. Think of your favorite bagel and cream cheese and multiply that by 1000% and here you have it. I love when restaurants can take a local foodie item and turn it into something of their own. Chef Ashfer knocked it out of the park with this one!

Next up was a lentil salad with fried eggplant on top, then a beautiful take on avocado toast topped with delicious shrimp and greens. Next up was a colorful zucchini and dill flatbread. The waiter brought out a delicious salad, which was my second favorite plate of the night. This seared tuna salad with kale, barley, pomegranate seeds, and topped with a poached egg was to die for. I already can’t wait to plan my trip back to NYC just so I can eat this meal again! The texture of this salad was beyond compare and the piquant flavors of freshly dressed vegetables, the tender tuna meat and the broken, yolky egg paired perfectly together. I think we can all agree that we strive to eat salads with substance; that being said this salad would make the perfect stand-alone meal. 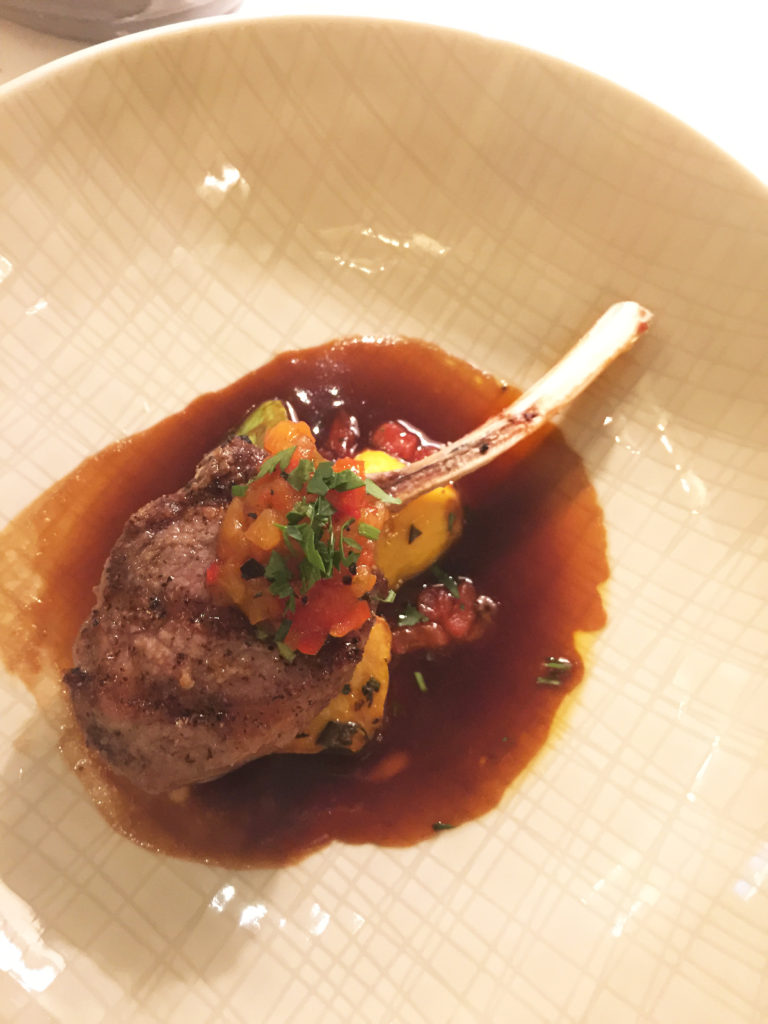 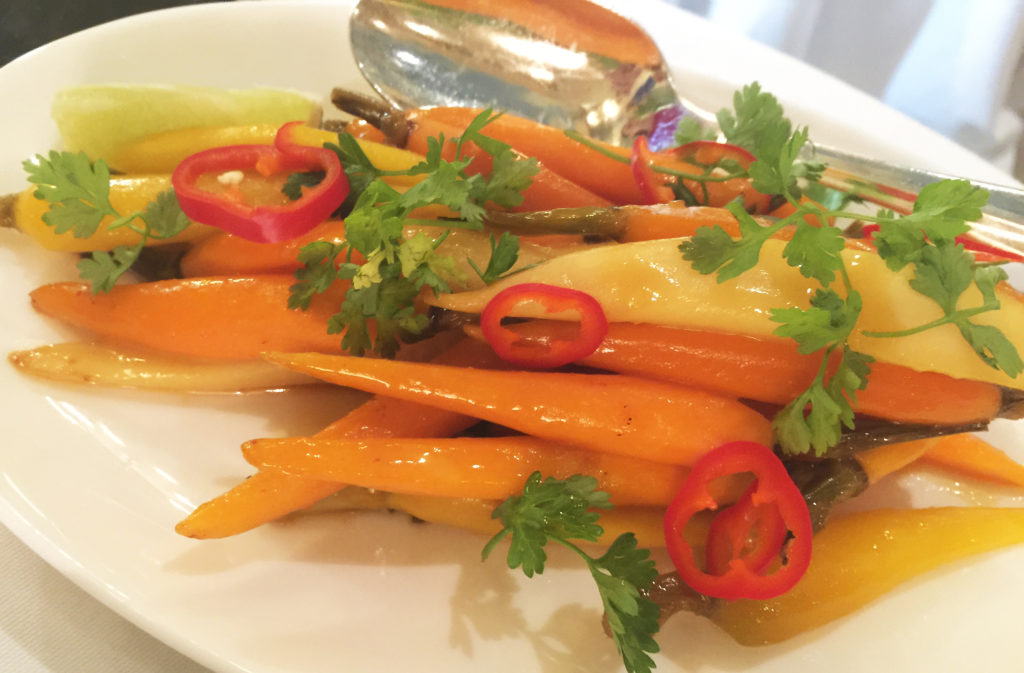 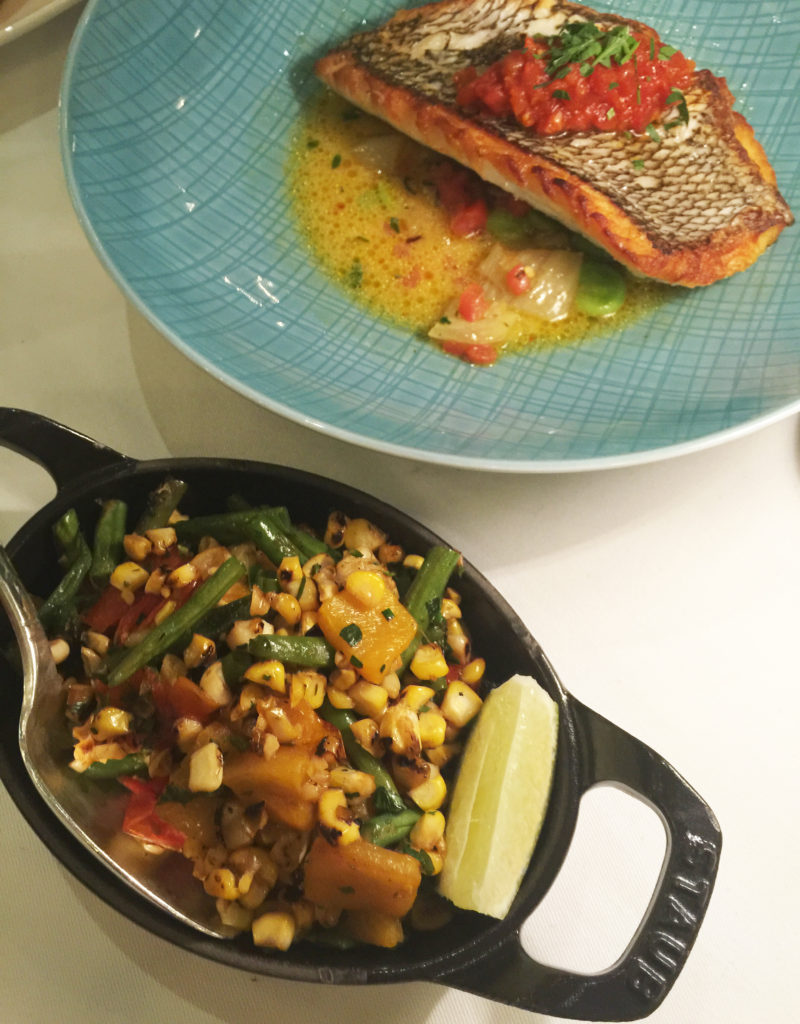 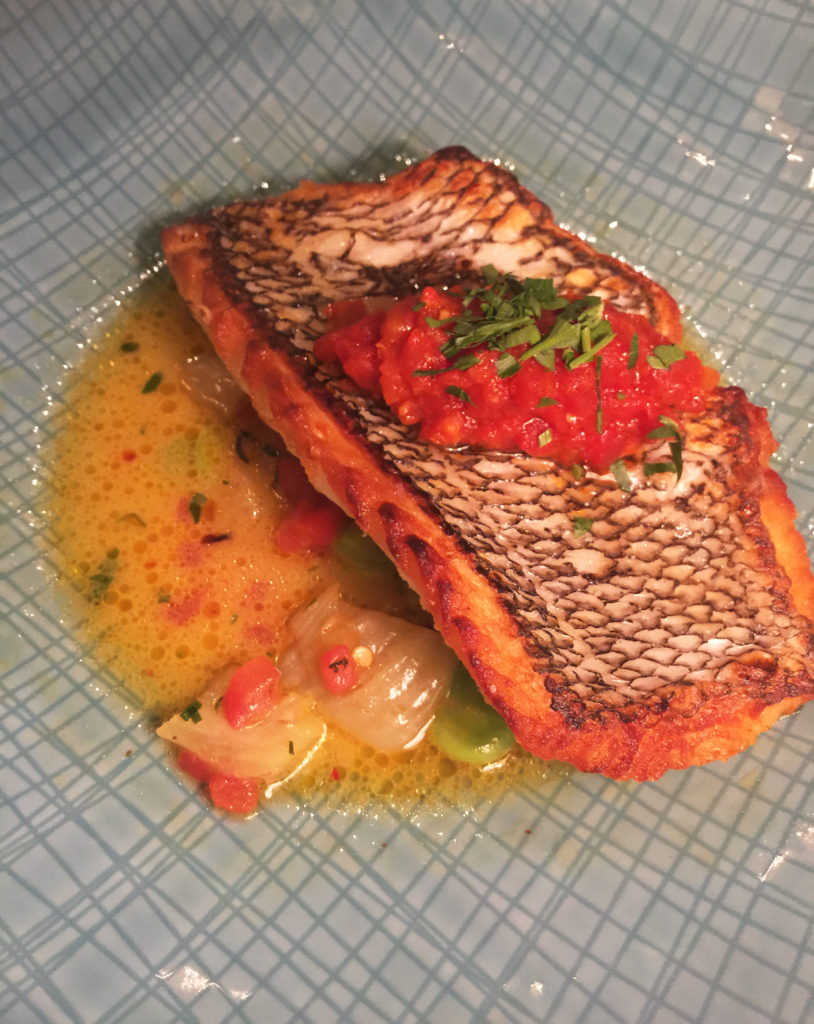 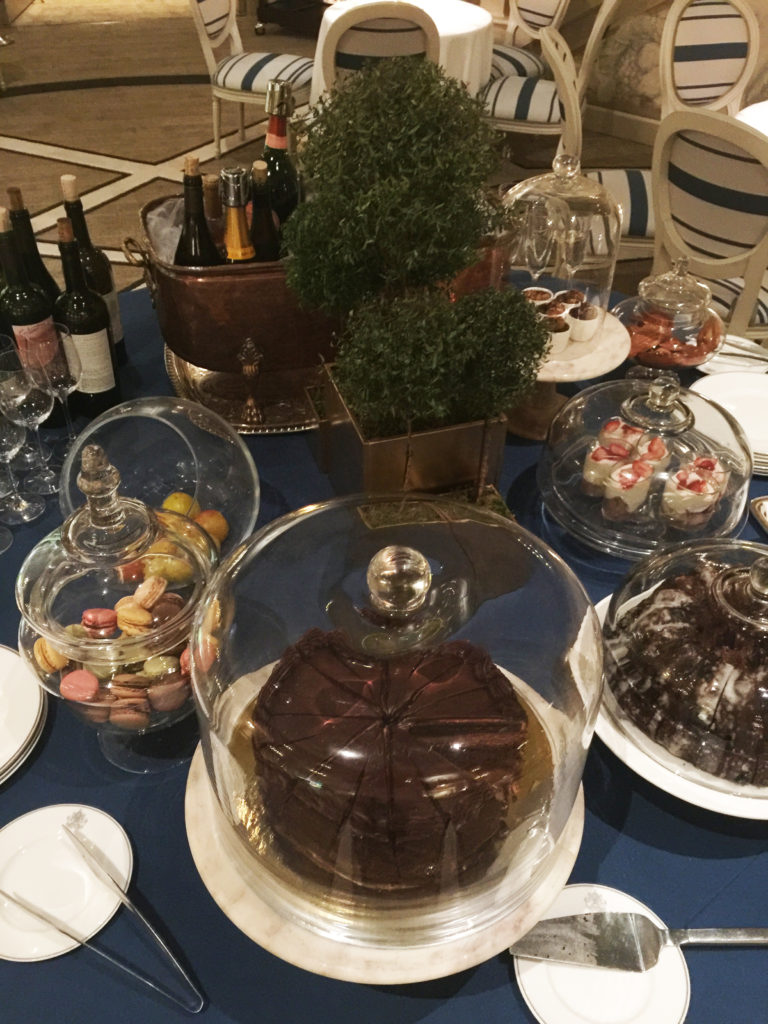 For dinner we had the best lamb chops I have ever had in my life, a skillet of mixed vegetables, sweet carrots, and the entrée, which Chef Ashfer told me he was known for. Keep in mind, this is coming from a New England girl whose taste buds explode over anything that comes from the sea. The crunchy, deliciousness of the black sea bass was beyond compare. I can still taste the buttery crunch of the perfectly cooked fillet in my mouth. The combination of warm salmon topped with a tomato melange was a powerful play of flavors, and the seafood broth in which the salmon lay was the perfect amount of savory. If I had to eat one thing for the rest of my life, it would most definitely be Ashfer’s sea bass. You can even see from the picture how appetizing it looks!

Although my clothes were bursting at the seams, I still managed room for dessert. If you were in such a fabulous room where the center table was like a Candy Land board game come to life, you would have room too, trust me! There were chocolate cakes, pastries, bundt cakes, strawberry shortcakes, pineapple upside down cakes, macarons, powdered sugar cookies and more! Dessert was a treat to say the least! 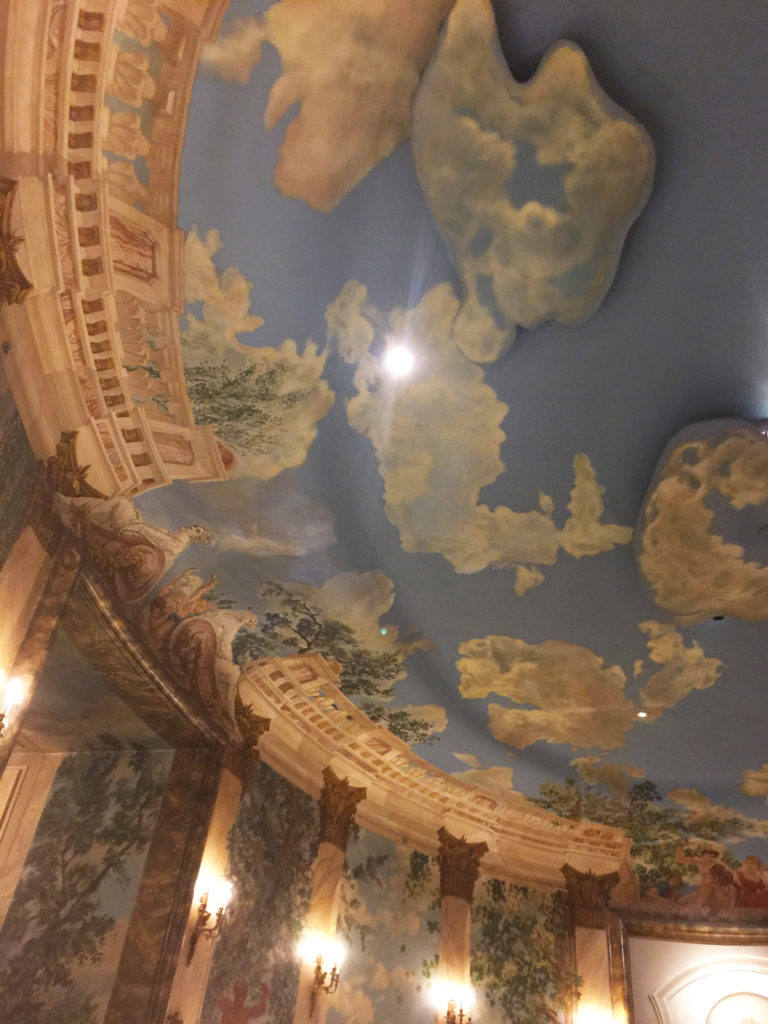 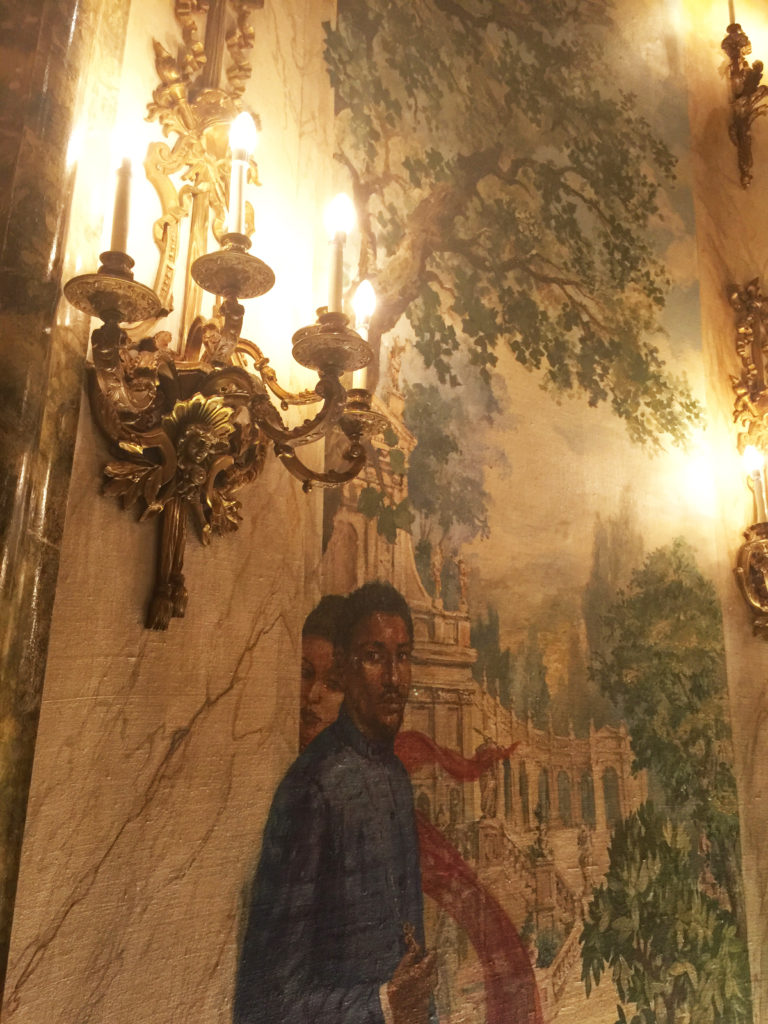 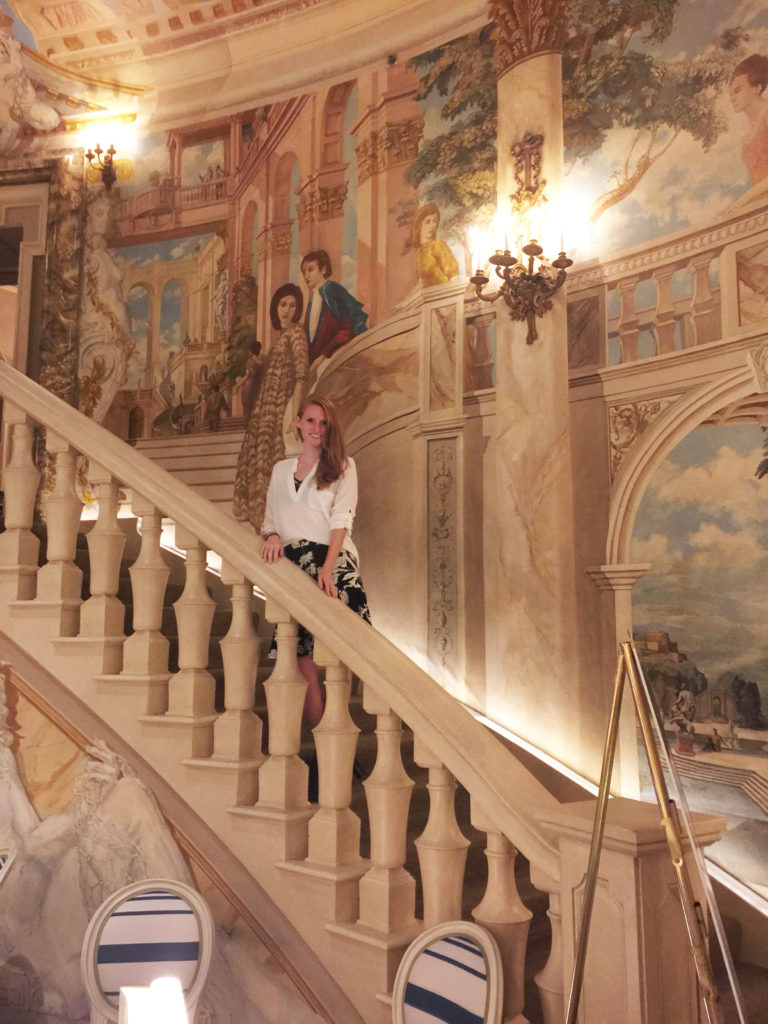 My favorite thing about The Pierre hotel’s Rotunda room is its abundance of affluence. There are hand-painted murals, arched staircases, a low-lit ambiance, colors of chartreuse, baby blue and gold, along with the incredible cloud-filled ceiling with gentle lights beaming down. The walls are lined with candelabra lamps that gave off the impression of candlelight, adding to the romantic and ornate atmosphere of the room. On the murals live Renaissance-style imagery of  mythological characters such a Poseidon, cherubs and Adam and Eve. There are also many different people painted on the walls who watch carefully as you dine – as if another pair of eyes were on you besides your attentive and hospitable waiter. 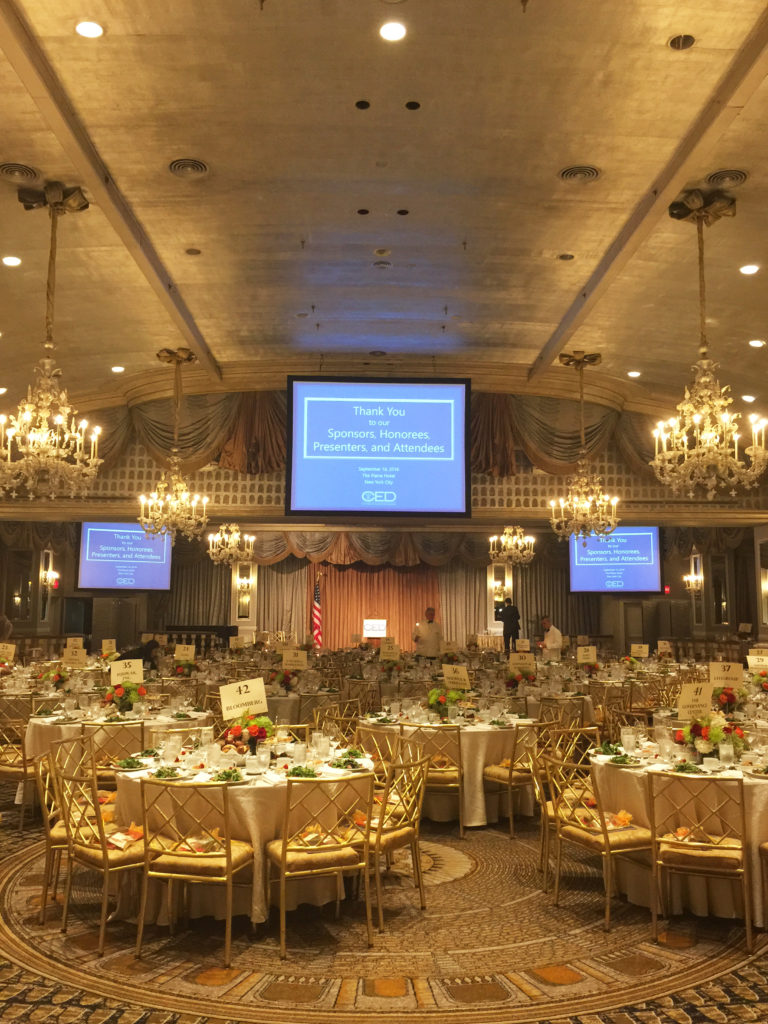 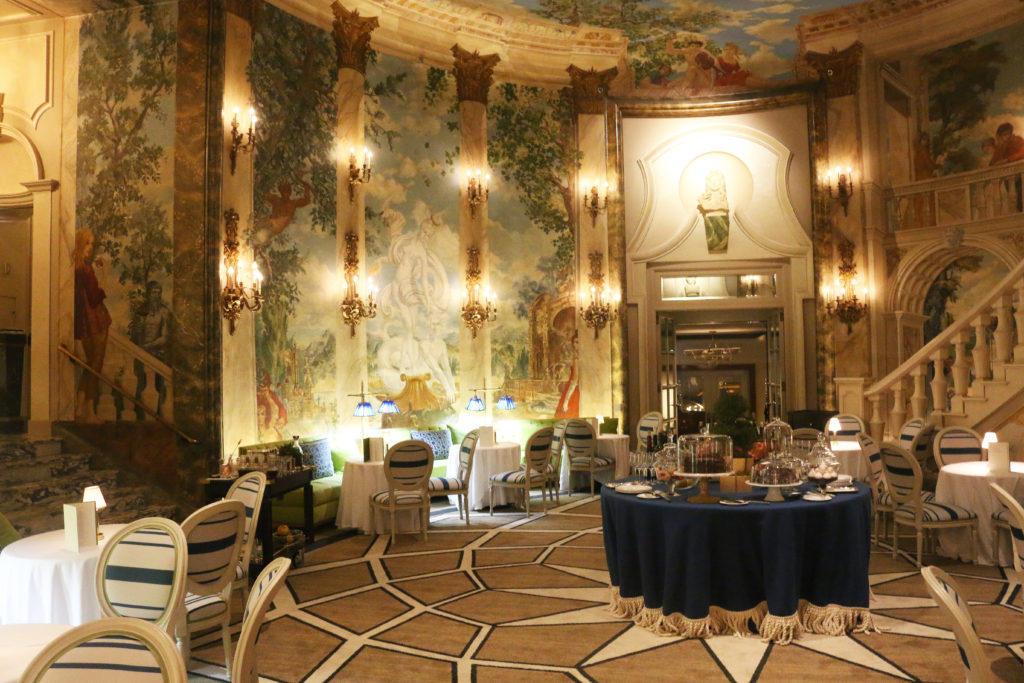 I was lucky enough to take a tour of the space where The Pierre holds its weddings, galas and charity events. The team does a wonderful job at transforming the venue into whatever one imagines for their event. I love The Pierre’s Instagram account and following along the gorgeous weddings that go on there. It truly looks like something out of a storybook. And to have a reception in the Rotunda room, it’s the perfect fairy tale ending! I’d like to send a special thank you to Chef Ashfer and Meredith for making this an incredible evening of fun! Thank you to the entire The Pierre hotel for having me!

Tell me in the comments below, which dish looks the best to you?

How To Style A Sequin Skirt: Charleston Edition